Pensioners are receiving state pensions that can vary by more than £200 each week as a result of the complexity of the current system, pension minister Steve Webb said yesterday. 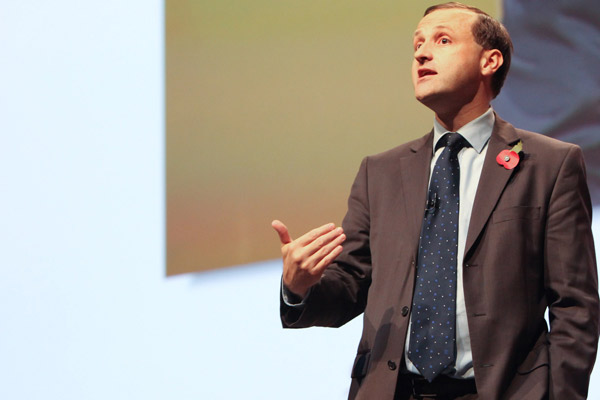 According to Department for Work and Pensions' data, around 130,000 pensioners get £7 or less a week, while the same number receive £230 or more every week. The difference, which equates to £10,000 a year, is a result of a wide variance in the basic and additional state pension payments made under the current system.

Mr Webb said: 'The range of state pension payouts at the moment is simply staggering. The current system is so complex and would baffle even Einstein. Worse, if people have no idea what they will get, they can't make sure they have enough savings for their retirement.

'We can't go on playing roulette with pensions. A flat-rate single-tier state pension will restore simplicity and give people certainty instead of chance.  And it will provide a sure foundation for further saving.'

Plans to replace this with a single flat-rate state pension for new pensioners set above the current £140 means-tested level were originally announced in Chancellor George Osborne's March budget.

However, in July, Mr Webb revealed the proposals - which will also involve introducing a system to automatically link the state pension age with increases in longevity - were now scheduled to be published in the autumn.

In yesterday's release, the DWP said a white paper on the plans was expected 'later this year'.

Malcolm McLean, consultant at Barnett Waddingham, reiterated his support for the plans to sweep away the present 'convoluted and confusing' state pension arrangements.

'It will, if successful, not only make the state pension more understandable but will also for many more people provide a platform for private pension saving - something which could be of crucial importance as the now imminent programme of auto-enrolment starts to roll out.'

However, the 'devil may well be in the detail', he warned. 'The reform is unlikely, initially anyway, to make a dramatic difference to the range of pension rates which DWP has indicated currently vary from as little as £7 a week to as much as £230 a week,' he explained.

'This is because on the basis of previous statements there will still be a National Insurance contribution test. This means that some contributors may fall well short of the 30 qualifying year requirement and thus be entitled to only a proportion of the full rate pension. DWP has also confirmed that those people with accrued rights under the present system which gives them an entitlement to a pension higher than £140 a week - perhaps as much as £230 a week - will continue to receive it in full.'

As a result, Mr McLean said it was difficult to see how there would much difference in the range and scope of state pension awards in the early years after the changeover to a single state pension in 2015 or 2016.

Benefit entitlement based on contribution records must inevitably give rise to a wide range of weekly pension amounts, but is hardly akin to 'roulette', as claimed by Steve Webb. Any gamble stems from people's lack of knowledge, which can be overcome by their obtaining a Pension Forecast free of charge from The Pension Service. However, future simplification is indeed welcome, provided that existing differentials are protected.
Ronnie Sloan, Retired actuary
This article appeared in our August 2012 issue of The Actuary.
Click here to view this issue
Filed in
08
Topics
Pensions