The Bank of England has announced a further £50bn of quantitative easing in a bid to help reinvigorate the UK economy. 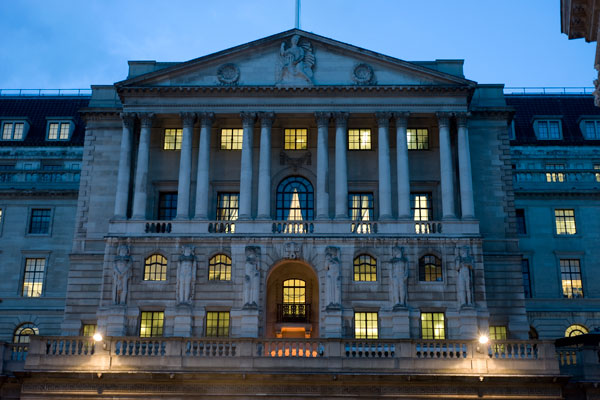 Today's announcement by the Bank's Monetary Policy Committee takes the total amount of money pumped into the economy under the Bank's asset purchase programme to £375bn. The Bank also held interest rates at 0.5%.

In a statement the Bank said the stimulus was needed to address the impact of the eurozone crisis on the UK and the risk that inflation will miss medium-term targets.

'Against the background of continuing tight credit conditions and fiscal consolidation, the increased drag from the heightened tensions within the euro area meant that, without additional monetary stimulus, it was more likely than not that inflation would undershoot the target in the medium term,' it said.

Joanne Segars, chief executive of the National Association of Pension Funds, said the extra dose of QE would only make the already difficult situation facing schemes even 'tougher'.

'The economists might argue about whether QE works, but there is no doubt that it short-changes businesses running final salary pensions, and people who are about to retire.

'QE worsens the yield on gilts, which increases the deficits of final salary pension funds and means people get a worse rate on their annuity. Those who are retiring could be locked into a weaker pension for the rest of their days.'

She added: 'Businesses will be forced to divert more money from jobs and investment into filling black holes in their pension funds. Our fear is that many will choose to close these pensions altogether, further weakening the UK's ability to save for its old age.'

Ms Segars said that after three years of QE, the Bank of England should now provide more evidence that it was working, and participate in a debate on its benefits.

Nida Ali, economic advisor to the Ernst & Young ITEM Club, said the latest round of QE was to be expected given recent downbeat outlooks for the UK economy.

'The drop in inflation in May and downbeat PMI surveys for June meant that the implementation of additional QE in July was almost a foregone conclusion,' she said.
'We remain strongly in favour of looser monetary policy, not just through additional QE but also more unconventional means. In this regard, we support the schemes introduced last month, which are aimed at lowering banks' borrowing costs and increasing the amount of liquidity available to them.'

This article appeared in our July 2012 issue of The Actuary.
Click here to view this issue
Filed in:
07
Topics:
Investment