Webb hits out against 'Solvency II for pensions'

There will be no compromise on the UKs opposition to Solvency II capital requirement rules being applied to workplace pensions, pensions minister Steve Webb said yesterday. 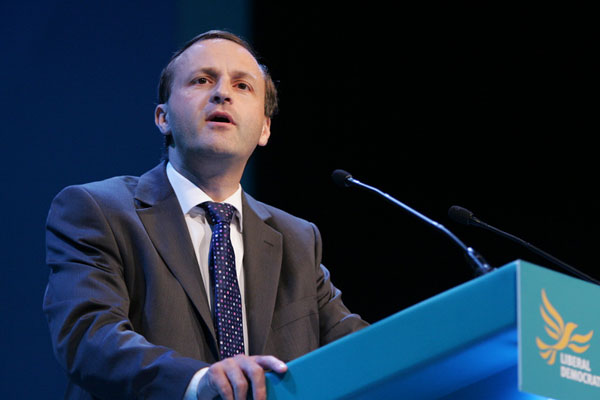 Mr Webb said it was 'unbelievable' that the European Commission was pushing ahead with its 'pointless proposals' which would cost UK employers with defined-benefit pension schemes hundreds of billions of pounds and also lead to the closure of schemes.

The government has stressed there is no 'one size fits all' model for pensions across Europe, and said it had made this clear in discussions with both the commission and European Parliament.

While the commission is aiming to create level playing field between the insurance and pensions industries, there are 'fundamental differences' between the products offered by the two sectors.

The Department for Work and Pensions also questioned the commission's argument that changes are needed to remove barriers to workers' mobility and the portability of pensions. Only 1.5% of workers live in a different member state from their country of origin and only 4% have moved to another member state, it said.

'We will not let up until we make the commission see sense,' Mr Webb said. 'We expect them to publish a comprehensive impact assessment to clearly expose the catastrophic effect these rules would have on British pension schemes. It is horrifying these plans have got so far without this.'

Mr Webb also criticised delays with the reform plans, which involve revision of the Institutions for Occupational Retirement Provision Directive. The commission announced an extension to its timetable for the changes at the start of this month to allow more time for impact studies to be carried out.

Mr Webb urged the UK pensions industry to respond to the consultation launched by the European Insurance and Occupational Pensions Authority last week on the impact assessment it will use to inform the final recommendations it makes to the commission on revision the IORP Directive.

He added: 'While Brussels is fiddling, Britain is putting reforms in place to keep our pension system sustainable in the future. We need to work together across Europe to tackle the real pension challenges we all face.

'And we need to think about how the risks of pension provision are more evenly shared between employer and employee so we can give people more certainty about what pension they will get.'

Earlier this year, Michel Barnier, European Union internal markets commissioner, moved to dispel concerns over the blanket application of Solvency II to pensions, insisting the capital requirement rules would only be applied 'where appropriate'.

This article appeared in our June 2012 issue of The Actuary.
Click here to view this issue
Filed in:
06
Topics:
Global