Around 8,000 British cancer deaths a year are thought to be work-related, in particular where asbestos, diesel engine fumes or night-shift work are involved, a study has found 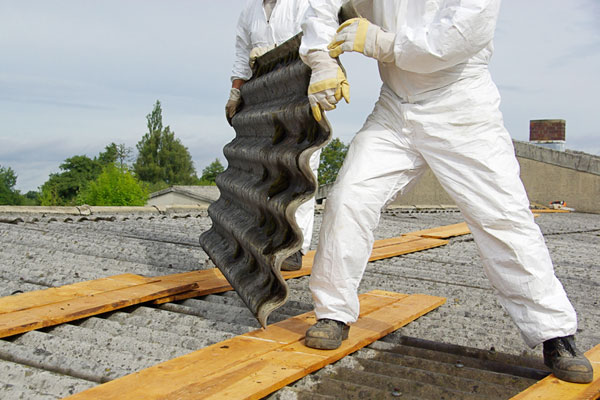 Just under half of those deaths, which equate to around 5% of all cancer deaths in Britain, were among male construction workers, according to the research, which was published in the British Journal of Cancer and funded by the Health and Safety Executive.

Male construction workers are most likely to come into contact with asbestos and other important carcinogens such as silica and diesel engine exhaust.

The researchers behind Occupation and cancer in Britain also found that around 13,600 new cancer cases each year are caused by risk factors related to work. They used a list of work-related cancer-causing substances identified by the International Agency for Research on Cancer to arrive at their conclusions.

Researchers also noted that the estimates of cancer cases and deaths linked to occupation were likely to be conservative and could be even higher as new work-related risk factors were identified or understanding of potential risk factors improved.

Dr Lesley Rushton, the report's lead author and an occupational epidemiologist at Imperial College London, said: 'The cancer with the greatest number of cases and deaths linked to work is lung - a disease which is hard to detect early and has poor survival. Over 30 occupational exposures have been identified by IARC as definite or probable lung cancer causing substances.

'One of the best ways we can beat the disease is by preventing it in the first place. Smoking has the single biggest impact on lung cancer risk, but work-place risks are also having a significant effect.'

Sara Hiom, director of information at Cancer Research UK, added: 'It's very worrying to see so many people developing and dying from occupation-related cancers. A large proportion of the deaths are a result of exposure to asbestos in past decades and improved safety measures should mean that in the next generation or so we will see this number tail off dramatically.

'The Health and Safety Executive has commissioned a review of the evidence on shift work and cancer - at the moment it's still only classified as a probable cause of cancer. Once the review is complete in 2015, we will have a more definite understanding of the role it may play in influencing cancer risk.'

Trades Union Congress general secretary Brendan Barber said the research showed there was an 'urgent need' to reduce the risk of today's workforce suffering from work-related cancer in the future.

'If more action had been taken in the past to protect workers from known carcinogens such as asbestos, silica, diesel and mineral oils then many of the workers who will die this year from work-related cancers could have been saved.

'We must not let this terrible legacy continue. We should be making sure that carcinogens are removed from the workplace so that those working today will not develop cancers 20 or 30 years from now.

He added: 'It is high time ministers stopped pursuing an ideological war against health and safety and instead started protecting those whose lives are being put at risk through no fault of their own.'

This article appeared in our June 2012 issue of The Actuary.
Click here to view this issue
Filed in
06
Topics
Health care