Insurance companies are less exposed than banks to the contagion risk that would be triggered by a Greek exit from the eurozone, Fitch Ratings said today. 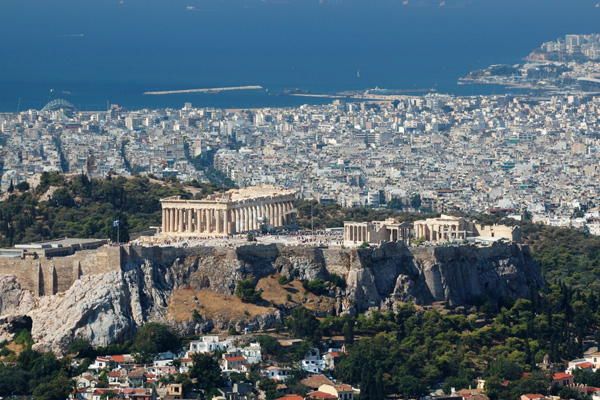 Insurers' ability to share losses with policyholders and their lower reliance on short-term funding reduces their relative exposure to such an event, but they would still be affected by downgrades in the credit rating of other eurozone nations which could follow a Greek exit.

In a note, the ratings agency said all eurozone sovereign ratings would be placed on Rating Watch Negative if a Greek exit were 'probable'. 'Peripheral' countries such as Cyprus, Ireland, Italy, Portugal and Spain would be most exposed to a downgrade, but the entire eurozone could face the same fate if there were 'extensive contagion'.

'Insurance companies' greatest vulnerability to the sovereign rating is through their investment portfolios,' Fitch said. 'Insurers which were to suffer downgrades on a meaningful portion of their sovereign and bank debt would be at risk of a downgrade themselves.'

Fitch said the amount of losses that could be passed on would be limited by insurers' requirements to meet certain minimum investment guarantees to policyholders.

It also found a 'minimal risk' of a potential run on eurozone insurers by policyholders in the event of consumer panic. 'Insurance companies can, and do, impose significant surrender penalties - which deter policyholders and mitigate the impact on the balance sheet,' it said.