The total regulatory fees that the financial services sector must pay to fund the Financial Services Authority will increase by 11.9% this year, it was announced today. 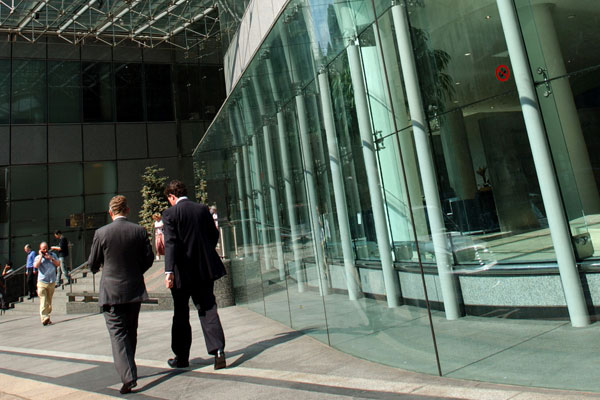 Financial services companies including insurers, banks and financial advisers will have to pay a total of £559.8m to cover the regulator's Annual Funding Requirement. This compares to £500.5m they paid in 2011/12.

It represents a reduction from the £578.4m total originally proposed by the FSA in February in a consultation on this year's levies and fees. The reduction will flow through evenly to all fee-payers, expect for those that only pay the minimum regulatory fee.

Reducing the planned hike in fees last year has been made possible by internal cost controls and the return of money set aside to deal with extreme financial events.

The total amount levied on firms will be reduced further by an increase in the Financial Penalties Discount, which involves money from FSA fines being returned to the industry as a discount to the next year's AFR.

This year, the discount will total £70.7m, compared to an estimated £58.7m, meaning the total amount the industry will have to pay this year will be £489.1m.

In a statement, the FSA said it recognised the difficult economic situation many firms were facing and had tried to keep any cost increases to a minimum.

'Fees are determined on the basis of activity based costing,' it said. 'In consequence the overall increase in fees will be borne mainly by larger firms, reflecting the resources applied to the intensive supervision of high impact firms.

Almost half (42%) of the firms authorised by the FSA pay the minimum fee only and their gross minimum fee will remain unchanged at £1,000 for the third year running.

Medium-sized firms will see a proportionate increase reflecting the type of business they conduct. Currently 42% of the FSA's authorised firms need only pay the FSA minimum fee and for the third year running the gross minimum fee for firms will remain unchanged at £1,000.