Legislation which paves the way for longevity-linked increases in the retirement age and a new flat rate state pension is set to be brought forward this year after the Queens Speech included a commitment to modernise the pension system. 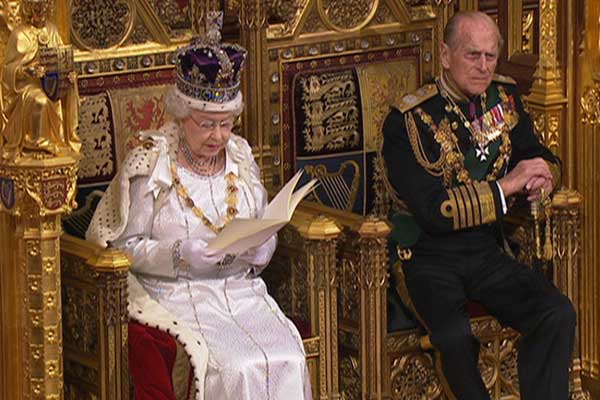 Today's speech, which sets out the government's legislative plans for the year ahead, also included a commitment to push forward with controversial plans for public sector pension reform.

In her speech, which was delivered in the House of Lords this morning, the Queen said: 'My Government will bring forward measures to modernise the pension system and reform the state pension, creating a fair, simple and sustainable foundation for private saving.

Plans for a single-tier state pension and an automatic review of the state pension age were originally announced by Chancellor George Osborne in his March 2012 Budget. The method to be used for longevity-linked increases is expected to be published this summer.

Joanne Segars, chief executive of the National Association of Pension Funds, welcomed the latest commitment to a 'landmark reform'.

'This is another big step towards a simpler, more generous state pension that no longer penalises people for saving. A new system will take millions out of means-tested benefits and will encourage people to take control of their old age by saving towards it,' she said.

'The NAPF has been calling for a single-tier state pension for many years. This is the much-needed foundation on which people can build their own savings, knowing that it pays to save. And it will help ensure that auto-enrolment is a success.'

She added: 'We are all living longer, so it is inevitable that retirement ages move upwards to reflect that. The trade-off for working longer must be a better state pension come retirement.'

Barnett Waddingham consultant Malcolm McLean also welcomed the move towards a flat rate state pension which he said had clear advantages for making the pension system easier to understand for both current and future pensioners.

'It is a pity, of course, that existing pensioners will not be included, and that in consequence we will have two systems running side by side for many years into the future.'

He added: 'There are also a number of points of detail which will bear further scrutiny when they emerge, including how accrued rights to the state second pension above the baseline of £140 will be treated, and what impact the ending of contracting out rebates from defined benefit schemes will have on national insurance contribution payments for employees and employers.

'Overall though this is a positive move forward in cutting through the complexities and convoluted nature of the present state pension arrangements."

This article appeared in our May 2012 issue of The Actuary.
Click here to view this issue
Filed in:
05
Topics:
Regulation Standards