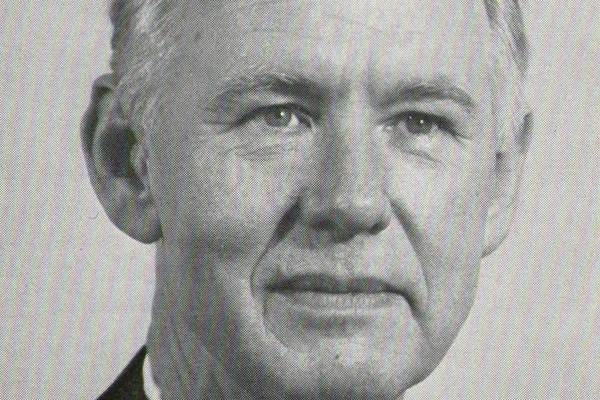 Born in Copenhagen on 28 May 1910, Paul Johansen started his mathematical and actuarial studies in 1928.

In 1932, he was awarded the University of Copenhagen Gold Medal, earning his doctorate in 1941.

As well as his academic endeavours, Johansen started work in 1934 as assistant actuary at Nye Danske. He was initially a life actuary, but he soon became interested in risks relating to fire reinsurance.

He remained with the company (under its new names) for the whole of his working life and was its first non-life actuary. He was chief executive officer from 1973 until 1977.

Johansen became a central figure in the Nordic Tariff Organization of Actuaries (NTA). He also served on the ASTIN committee for 23 years, initially as its first chairman and later as a member and delegate of the International Actuarial Association (IAA), previously Comité Permanent des Congrès d'Actuaires.

Johansen was the most influential leader of the Danish Society of Actuaries in the 20th century (twice chairman and later honorary member).

His achievements have been honoured by actuarial organisations in many countries. He was elected an Honorary Fellow of the Institute of Actuaries in 1957, where he is remembered for his definition of the difference between life and non-life actuaries: "You only die once - and totally!".

He was also a corresponding member of the actuarial associations of France, Belgium and Switzerland. During Johansen's lifetime, actuarial organisations have undergone many changes.

Strong personalities were essential in such pioneering times and we must thank our esteemed colleague for his enormous engagement, for his courage and for his foresighted leadership.

This article appeared in our May 2012 issue of The Actuary.
Click here to view this issue
Filed in
05