The UK government has been urged to increase its investment in the economy to boost growth, amid warnings that fiscal austerity risks creating a negative feedback loop in the countries most affected by the global economic crisis. 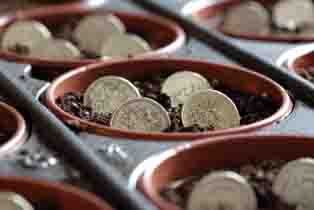 In its latest economic outlook, published today, the National Institute of Economic and Social Research economic think-tank said the UK economy was expected to grow by close to zero this year, before growing by 2% in 2013.

More than four years after the start of the recession, the UK economy's output is more than 4% below its pre-crisis peak - an 'unprecedented' weakness, according to the NIESR. Its monthly estimate of gross domestic product suggests the level of economic activity in the economy in March 2012 was the same as in September 2010.

'This clearly does not constitute a sustained recovery, so the question of whether or not the economy is technically in a double-dip recession is moot,' the NIESR said.

Its forecast for growth next year is accompanied by predictions of a sustained period of 'above-potential' growth from 2014 which will reduce output and unemployment gaps.

To boost growth, the government should increase investment by 1% of GDP, which the think-tank said would boost GDP by around 0.7% without having any direct effect on the government's primary fiscal target of balancing the cyclically-adjusted current budget in 2016/17.

Globally, the NIESR also warned that fiscal austerity would affect growth in the short-term. Its baseline forecast is for global growth of 3.7% this year, increasing to 4% in 2013.

'Fiscal austerity is depressing growth in those countries most affected by the crisis,' it said. 'This in turn reduces tax revenues, making the restoration of fiscal sustainability and hence market confidence even more difficult. This risks a negative feedback loop; downside risks, both economic and political, therefore remain high.'

The NIESR expects a slight recovery in the eurozone next year and for growth to pick up further in the US. It said, however, that global current account imbalances remain elevated.