Consumers no clearer on long-term care

Health and care industry experts have expressed dismay that, nearly a year on from the Dilnot Commission report, consumers are no clearer on how they should best plan for their long-term care needs. 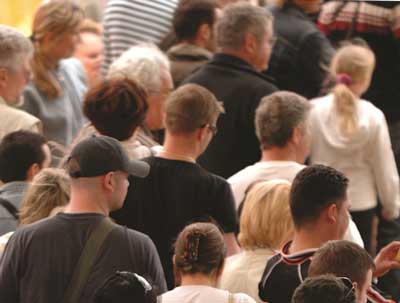 Ahead of a government white paper on social care due in June, and rumours  of a progress report on long term care funding expected alongside, the problem of continued public confusion was raised by several speakers at a debate held at the Actuarial Profession's Health and Care Conference in Manchester, which concludes today.

Jules Constantinou, head of marketing, underwriting and claims at Gen Re, said the lack of clarity around individuals' responsibility for their future care would continue unless cross-party agreement on funding could be reached.

"Dilnot's recommendations are the only game in town but they are expensive, especially in this economic climate," he said.

"There is a role for the government to play in making sure that consumers are able to access appropriate and expert financial advice at the point of needing care. In this more stable environment, financial services products will play a role in assisting people to fund their share of their social care costs."

Ian Owen, chairman of specialist health insurer Partnership, added that, despite an estimated £9.3bn spent privately on social care in the UK, consumers still didn't plan effectively for future care and that they weren't supported with effective advice from the industry.

He cited research showing that four out of ten people who privately fund their long-term care costs would benefit from an immediate needs annuity, yet these products constitute only £120m of the market. Lack of awareness of how to access appropriate financial advice was at the heart of the problem, he said.

"Individuals will always have to meet their hotel costs in residential care so this market will always be there," he said.

"Anything the government does to make the care system more generous, such as the Dilnot recommendations, will increase the size of the potential market."

Jane Curtis, President of the Institute and Faculty of Actuaries, who recently called on UK financial firms to unite around improving financial literacy, concluded the debate.

"It is clear that in so many aspects of financial planning, many people lack the skills and advice they need to make appropriate decisions for their future, including how they may need to fund care later in life," she said.

"The Actuarial Profession would like to play a significant role in solving this problem and will work with Government and the industry to find the best way forward."

This article appeared in our May 2012 issue of The Actuary.
Click here to view this issue
Filed in:
05
Topics:
Professional