The Institute and Faculty of Actuaries held a dinner on 14 March at Londons Staple Inn Hall to celebrate the 60th anniversary of the Sir Joseph Burn prize and the Professions commitment to excellence in learning and research. 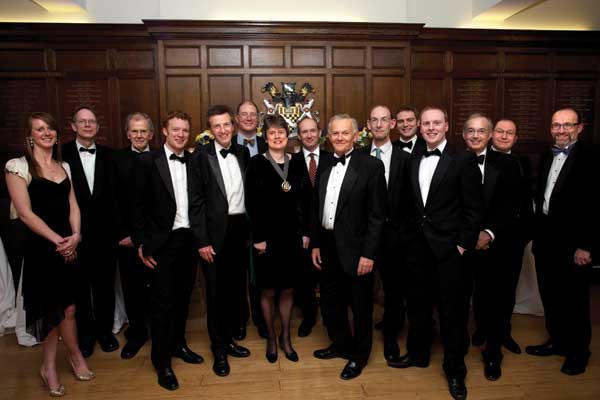 The dinner was attended by over 70 guests, including past winners and representatives from a range of academic, regulatory and public policy bodies.

In her opening speech, Jane Curtis, pictured centre, president of the Institute and Faculty, recognised the achievements of volunteers, staff and partners who contribute to the Profession's thought-leadership activities.

Guest speaker Allister Heath, editor of daily business newspaper City A.M, highlighted a lack of basic financial understanding across a broad spectrum, which, he argued, needs to be urgently addressed. The Profession plans to make a significant contribution in this area as part of its public affairs programme over the coming year.

The Sir Joseph Burn prize is awarded to a student who has demonstrated exemplary merit, having completed the Profession's examinations to become a fellow of the institute. The prize was established in 1952, thanks to a legacy from the family of Sir Joseph Burn KBE. Derek Cribb, chief executive, closed the evening by outlining the range of research initiatives being undertaken by the Profession in the year ahead.

He also highlighted the establishment of the Actuarial Research Centre based in Edinburgh, funded by an endowment from the Institute and Faculty of Actuaries and formally linked to the Scottish Financial Risk Academy (SFRA) and Heriot-Watt University.