'Record economic losses' from catastrophes in 2011

Last year saw record economic losses of $370bn from natural catastrophes and man-made disasters, according to Swiss Re. 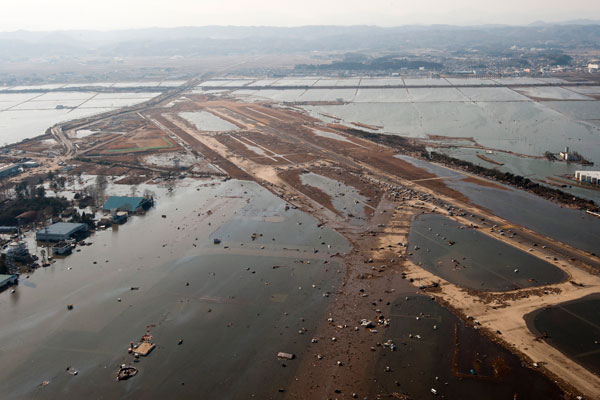 In their latest sigma survey, published today, the reinsurers said the insurance industry weathered the year well, despite the $116bn insured losses resulting from these catastrophes and disasters being the second highest ever.

This figure represented a 142% increase from the previous year, and includ3ed the highest insured earthquake losses ever at $49bn.

Notably the earthquake in Japan accounted for 57% of the larger economic losses figure, Swiss Re said, while flooding in Thailand resulted in the highest ever insured losses for a single flood event of $12bn.

Kurt Karl, Swiss Re's chief economist, said: 'Last year saw extraordinary and devastating catastrophic events. The earthquakes in Japan, New Zealand and Turkey, as well as the floods in Australia and Thailand, were unprecedented and brought not only massive destruction but also the loss of thousands of people's lives.

'Yet two-thirds of the staggering $370bn in economic damage will be shouldered by corporations, governments, relief organisations, and ultimately individuals, pointing to the still widespread lack of insurance protection worldwide.'

In particular, Swiss Re noted that low levels of earthquake insurance protection in Japan meant the insurance industry would bear only 17% - around $35bn - of the total losses from the event. 'Had Japan been more fully insu8red, 2011 would certainly have been the most expensive year ever also in terms of insured losses,' said Lucia Bevere, senior catastrophe data analyst at Swiss Re, who co-authored the report.

Swiss Re said that, despite historic losses and a 'challenging' financial environment last year, the insurance industry played a 'key role' in post-disaster recovery financing, bringing funds to affected populations, businesses and governments.

The impact of last year's catastrophes on the insurance industry was highlighted earlier today as Lloyd's revealed it saw the largest catastrophe claims in its 324 year history in 2011.