Lloyds of London has posted a £516m loss for 2011 after experiencing the largest annual catastrophe claims bill in its 324-year history. 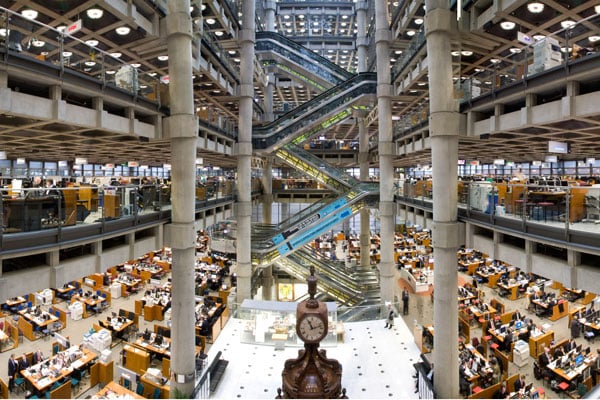 The insurance market today revealed it incurred total net claims of £12.9bn last year, including £4.6bn of catastrophe claims. The loss before tax compares with 2010 when it recorded a profit of £2.195bn.

Lloyd's cited a series of major catastrophes last year, including flooding in Australia in January, the second earthquake in New Zealand in February, the Japanese earthquake and tsunami the next month and floods in Thailand which began in July.

Lloyd's chief executive, Richard Ward, said: 'Make no mistake, 2011 was a difficult year for the insurance industry. Given the scale of the claims, a loss is unsurprising but it reflects what we're here to do - help communities and businesses rebuild after disaster.

Mr Ward said, however, that the market's financial strength had been 'maintained'. This was due to its 'robust oversight and professionalism'.

Despite his positive assessment of the insurer's situation, Mr Ward said: 'I am disappointed that, given the exceptional level of catastrophes in 2011, insurance rates have not responded more positively. These events demonstrate the need for the industry to show discipline in terms of pricing.'

And chairman John Nelson added: '2012 remains challenging for insurers with tough economic conditions globally. It is vital that the market continues to take a disciplined approach to underwriting.'