Jim Sutcliffe, chairman of the Financial Reporting Councils Board for Actuarial Standards, has been given a new role as part of a far-reaching package of reforms at the independent regulatory body. 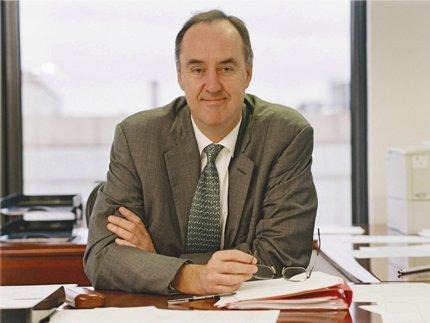 Mr Sutcliffe was today appointed as chairman of the Codes and Standards Committee. This body will include the areas covered by the FRC Board's Corporate Governance Committee, the Accounting Standards Board, the Auditing Practices Board and the Board for Actuarial Standards.

His appointment comes alongside the publication by the FRC and Department for Business, Innovation and Skills of modified proposals to provide the regulator with a new set of statutory powers.

The plans, which were published for consultation in October 2011, aim to align the scope of the FRC's activities with the investment focus of its mission, streamline its governance and structure, and enhance its independence from those it regulates.

When the powers become law, the Codes and Standards Committee will be supported by three councils, advising on accounting, audit & assurance and actuarial matters. These will be chaired by Roger Marshall, Nick Land and Olivia Dickson respectively.

Baroness Hogg, the chair of the FRC, welcomed the government's decision to move ahead with the plans for statutory changes, and the appointments being made today as part of the reform programme.

'We are pleased that the Government has decided to proceed with the proposals to reform the FRC and the appointments we have announced today will help to take them forward,' she said.

'The reforms will simplify the FRC's over-complicated structure and enable it to mobilise all the expertise in its operating bodies to strengthen the UK voice in international debates on corporate governance and reporting.'

Business minister Norman Lamb added: 'The FRC is already well-regarded both in the UK and internationally for the crucial role it plays in supporting high quality and transparent financial reporting. But by tightening its focus and streamlining its governance and structure, we believe the FRC can be even more effective.'

As well as Mr Sutcliffe, other appointees announced today include Richard Fleck, who has been appointed chair of the Conduct Committee. Covering supervisory and disciplinary matters, this Conduct Division of the FRC will encompass areas covered by the Financial Reporting Review Panel, the Professional Oversight Board, the Audit Inspection Unit and the Accounting and Actuarial Disciplinary Board.