The government is working with a dozen UK pension funds to encourage them to invest in British infrastructure, Chancellor George Osborne revealed today. 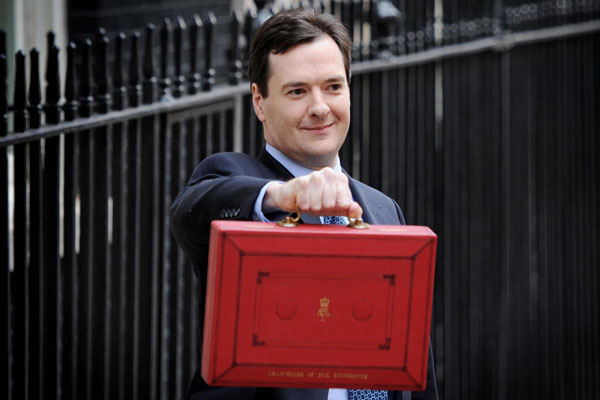 In a Budget speech which he said 'unashamedly' backed business and growth, Mr Osborne said the government was also 'actively seeking' investment from overseas pension and sovereign wealth funds.

Referring to the as-yet-unnamed funds, he said: 'We also want investment from British pension funds in British infrastructure - and we're now working with a dozen of the largest pension schemes specifically on that.

'We're the first British government to set out in a National Infrastructure Plan the projects we are going to prioritise in the coming decade. The roads, railways, clean energy and water, and broadband networks we need are all identified.'

Earlier this week, Prime Minister David Cameron raised the potential for pension funds to invest in the UK road network.

Osborne also raised the potential for perpetual gilts to be issued by government. 'At present, the longest gilt we currently offer to the market is 50 years,' he said. 'The Debt Management Office will consult on the case for issuing gilts with maturities longer than 50 years, and the case for a "perpetual" gilt with no fixed redemption date - something Britain last felt able to issue six decades ago.'

Mr Osborne's speech saw him back away from widely-anticipated major changes to pension tax relief. Instead, he said: 'Some reliefs - like the Enterprise Investment Scheme and pension's relief are already capped - and I don't intend to make any significant changes to pensions relief in this Budget.

'But to make sure that those on the highest income contribute a fair share I am introducing a new cap on those reliefs that are currently uncapped.'

'From next year anyone seeking to claim more than £50,000 of these reliefs in any one year will have a cap set at 25% of their income.'

Osborne did, however, unveil significant potential changes to the state pension. This includes an automatic review of the state pension age, which he said was needed to 'keep pace with increases in longevity'.

Details of how this will operate will be published alongside the Office for Budget Responsibility's long term fiscal sustainability report this summer.

He also announced plans for a 'single, generous' basic state pension, for those who have 'worked and saved hard all their lives'. This single tier pension for future pensioners is estimated to be around £140 - above the current means test - and will be based on contributions. 'It will cost no more than the current system in any year,' he said.