Insurers have welcomed MEPs decision to back a raft of amendments to the Omnibus 2 Directive in a vote in Brussels today, but said that several questions remain over exactly how the rules will affect the insurance industry. 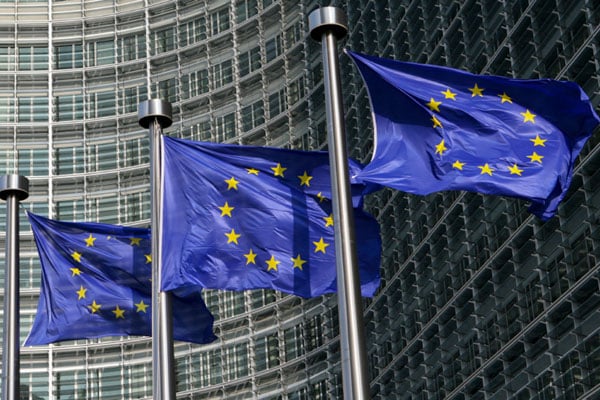 The European Parliament's economic and monetary affairs committee voted overwhelmingly in favour of most of the proposals for the directive, which would amend Solvency II in a number of key areas - including its implementation date and transitional arrangements.

Paul Clarke, global Solvency II leader at PricewaterhouseCoopers, said: 'Despite a number of political challenges and various delays, it is great news that the majority of amendments put forward by Parliament have been approved in the vote. This is important progress and the industry is now one step closer to having rule certainty.'

In particular, he said it was positive that the amendments approved today include a version of a matching adjustment. Many insurers view this as 'essential' for their ability to offer affordable long-term annuity products, he said.

But, he added, 'it remains to be seen whether this will address all of the industry's concerns'.

Janine Hawes, Solvency II director at KPMG, said the vote was a 'great relief'. 'The industry has won some important battles, including recognition of the need for a mechanism to avoid insurers being forced to sell investments due to market volatility at a time when their liabilities have not crystallised.

'However,the mechanism for achieving this is not yet fully resolved. Peter Skinner MEP acknowledged today that they do not yet have "all the answers", but that the vote enables the position to move forward.'

Ms Hawes said the 'stringent conditions' attached to the use of this mechanism may limit their application, which was of concern to the industry. The Commission has already reconvened its working group on long-term guarantees to consider the matter further, she noted.

'We hope that this will result in a transparent and predictable mechanism that will prevent insurers from needing to hold excessive capital levels."

Insurance Europe said it was disappointed over the provisions relating to long-term guarantees included in today's approved text, but said it was hopeful the 'crucial issue' would be discussed in the next stage of the legislative process.

Michaela Koller, director general of the industry body, said: 'We urge negotiators to ensure that insurers can continue to provide guaranteed savings products at a reasonable price for consumers'.

According to Insurance Europe, the current proposals contain inappropriate restrictions, which could lead to unnecessary increases in the cost of retirement savings products and also drive the European insurance industry away from providing long-term guarantee products.

For KPMG, Ms Hawes also said that the issue of equivalence, which has prompted concerns that major insurance companies may relocate outside Europe, still hung in the balance.

'The proposals for temporary equivalence have not been modified to include a process for establishing this for the US.  The current text includes conditions that the US would not be able to meet. Today's version of Omnibus 2 also maintains the one year differential between regulators gaining their powers and firms complying with Solvency II, which remains scheduled for 1 January 2014.'

Mr Clarke said the industry would be keeping a 'close eye' on the finer details as they emerge over the coming weeks.

Omnibus 2 now passes into the trilogue phase, where the European Parliament, Council of Ministers and Commission consider their respective drafts of the directive with the aim of agreeing a shared position. This would then be put to vote in a full plenary session of the Parliament on July 2.

If a positive vote is reached here, KPMG believes there is a 'strong change' the Directive will be published in the Official Journal of the European Union shortly after Parliament's summer recess.