The Bank of Englands deputy governor for financial stability, Paul Tucker, has expressed his dismay at how much Solvency II is costing both the insurance regime and the Financial Services Authority.

The Bank of England's deputy governor for financial stability, Paul Tucker, has expressed his 'dismay' at how much Solvency II is costing both the insurance regime and the Financial Services Authority. 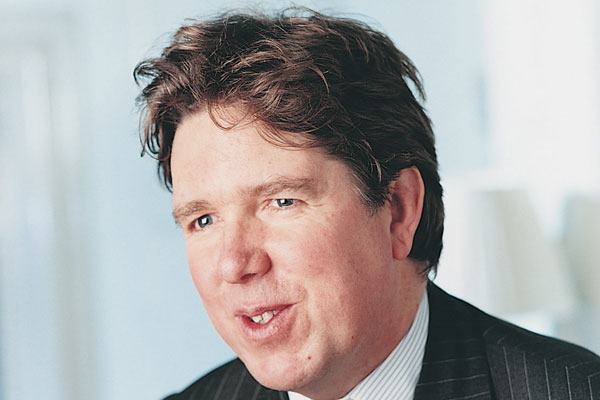 Speaking in London yesterday Mr Tucker, who is also a member of both the Monetary Policy Committee and the Financial Policy Committee warned that the requirements of the regime could distract from the 'big risks' faced by the sector.

'At the Bank, as we get up to speed with the regime for insurance, we (and the FSA) have been dismayed by how much it is costing the industry and the regulator to adapt to Solvency 2,' he said.

'We are also concerned that that, like the initial attempts at Basel 2 for banks, it risks being too complicated in its desire to introduce a "risk sensitive? regime.

Mr Tucker said the Bank could not understand why the legislative regime was placing so much stress on 'microregulators' approving specific models. 'This is pretty well bound eventually to bump into circumstances where the models have been found seriously wanting,' he said.

'Now, we are certainly aware that the modelling of risk is long established in insurance. But we need to be wary of regulators drowning in masses of data going beyond anything they can get their hands round. Unless we are careful, it risks distracting supervisors from the big risks,' he added.

Mr Tucker did, however, hail the impact that the new Prudential Regulation Authority would have on the insurance industry. The PRA is being introduced alongside the Financial Conduct Authority as part of a new 'twin peaks' system and he said it was a 'big improvement on what has gone before'.

'We need effective prudential supervision,' he said. 'Not supervision that is mesmerised by checking compliance with a rule book or approving the details of individual models. But supervision that attends to the big risks that would undermine the safety and soundness of a firm.

'That test - safety and soundness - is the language of the objective for the Prudential Regulation Authority in the new Bill, and we think it is a big improvement on what has gone before,' he added.

Highlighting the benefits of the new approach to regulation, he said: 'I realise that some of you worry about having to engage with two microregulators - one for prudential, one for conduct. But I hope you will accept that the previous architecture, based on "one-stop regulatory shopping", didn't serve society or the City itself at all well.

'In our line of work, just as in yours, some specialisation helps to build expertise. In the PRA, we will have a dedicated insurance directorate, which Hector (Sants) has already put in place at FSA, under Julian Adams, as part of the preparations for the new regime.'

Taking a global perspective, Mr Tucker said the insurance industry was facing a 'new world'. In particular, he said there was currently little experience of large insurers failing. Insurers would also be affected by the new International Standard for Resolution, he said. This was published by the FSA last November, setting out how national resolution regimes should handle failing large financial institutions.

'The importance of this will be underlined as we - and I mean the global community - move towards a world without a safety net for banks, leaving holders of bank bonds exposed to risk,' he said.

'Insurers are significant investors in bank paper. In the future, whether in the UK or elsewhere, you will not be protected by an implicit guarantee from the state for those investments. Over time, that will be good for stability because it will increase market discipline. But it will be a new world for the insurance industry to adjust to.'