The Liberal Democrats have called for immediate reform of pension scheme actuarial valuation rules to address the volatility in pension schemes costs. 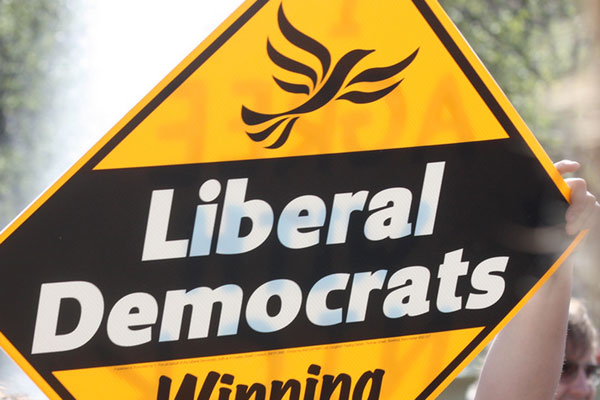 A motion backed by members on Saturday during the party's spring conference in Newcastle called for reform to both defined benefit and defined contribution pension schemes to address a 'major crisis' in private sector occupational pension provision.

The motion was moved by Liberal Democrat member Janice Turner, who is also founding co-chair of the Association of Member-Nominated Trustees. It is understood to have the backing of the Liberal Democrat pensions minister Steve Webb.

It said severe market volatility and its impact on DB fund deficits showed that current actuarial funding policies were 'not fit for purpose'. They are 'needlessly damaging' sponsors' finances and 'destroying' DB schemes, it said.

Over-regulation is putting DB schemes under further pressure, in particular by expecting schemes to pay off long-term theoretical deficits in short-term time frames, it said.

Ms Turner also said that growing numbers of private sector workers were losing confidence in DC schemes because they push all risk onto the individual, are too expensive and complicated and provide no guarantee of even a minimum pension.

Pension industry companies have too little transparency in their fees and charges, while a growing number of schemes have no oversight by representatives of their beneficiaries, the motion added.

To address these issues, it called for 'great urgency' to protect DB schemes. This should include 'immediate reform of pension scheme actuarial valuation rules that make pension scheme costs so volatile for employers'.

And, making apparently implicit reference to Solvency II, it said Liberal Democrats in government should oppose 'European level legislation that would inadvertently have the effect of closing DB schemes'.

DC schemes should be 'radically' reformed and simplified in order to achieve greater certainty of pension, it added.

This article appeared in our March 2012 issue of The Actuary.
Click here to view this issue
Filed in:
03
Topics:
Pensions
Share