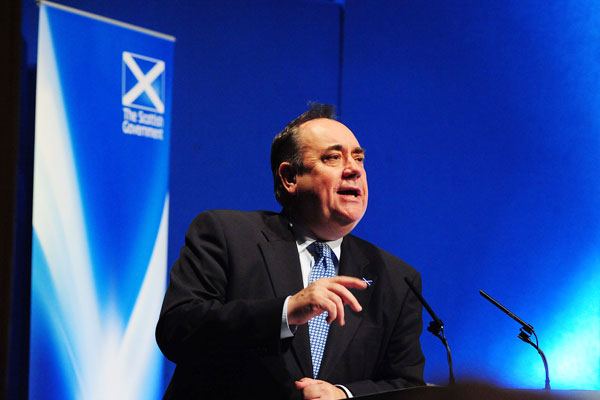 Speaking on Wednesday at the National Association of Pension Funds' investment conference in Edinburgh, Mr Salmond said £2.5bn would be invested in infrastructure in education, health and transport over the next few years using non-profit distributing funding structures. This involves the public sector paying an annual charge once the infrastructure is built.

'Pension funds are most likely to invest in projects such as these after the initial construction phase has been completed. However the fact that they are just about to begin the tendering or construction phases makes this an ideal time to look at the possibilities that they present,' he said.

Initiatives such as the National Housing Trust also offer the prospect of long-term returns, he said. Scotland's housing associations have an annual turnover of over £1bn and hold assets worth £10bn. They are funded by around £3bn in private finance and £7bn from taxpayers.

Alluding to the UK government's ongoing discussions with pension funds encouraging them to invest in infrastructure, Mr Salmond said he hoped to see a 'major step forward' in government policy in Chancellor George Osborne's March 21 budget.

'I believe appropriate incentives should be brought forward by the Treasury to encourage pension funds to finance large-scale infrastructure and other capital investment projects throughout these islands,' he said.

'This would help boost jobs and investment and thereby increase economic growth rates north and south of the border.'

For funds and their members, Mr Salmond said Scotland was a 'safe, predictable, long-term and ethical location' for pension fund investment.

On the broader benefits of the investment, he said. 'The long-term success of the economy depends upon a mixture of higher investment and smaller government debt and current account deficits.

'We must find ways to focus on investments that provide long-term returns - something that is good for business itself but also good for the long-term productive capacity of the economy.

'Therefore pension fund involvement in infrastructure - both private and public - could potentially make a major contribution to that necessary re-balancing of the economy,' he added.