Skilled migrants make positive contributions to innovation and business operations with advanced knowledge and skills, according to research published by the National Institute of Economic and Social Research today. 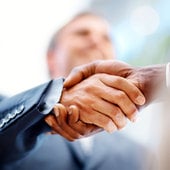 In a study carried out on behalf of the Home Office's Migration Advisory Committee, the think-tank found that non-European Economic Area migrants employed in strategically important sectors contribute disproportionately to the already high levels of skilled employees.

Its evidence, based on research in the financial services and aerospace sectors, also suggests that high-skilled migrants often possess language skills and knowledge of foreign markets which are rarely found among high-skilled residents. They also frequently make positive contributions to innovation and productivity performance.

In interviews carried out with banks as part of the research, actuarial skills were among the strategically important skills where employers said they had experienced shortages.

This was principally because these skills were in short supply rather than because of retention problems or poor strategic planning. Among the reasons identified for this situation were a lack of high calibre UK graduates in subjects such as mathematics, as well as difficulties in finding individuals with the right combination of technical, language and cultural skills.

Last year, the MAC placed actuaries on its listof occupations where a shortage of labour meant it would be sensible to fill posts from outside the EEA. A specific need was identified for qualified actuaries to work in the life assurance, general assurance and health and care sectors.

In a statement on the research, the NIESR said: 'Employers recruited migrants from outside of the European Union (EU) to meet high level skill needs, where these could not be met from within the UK or the EU.'

'However, there was little evidence that they recruited migrants as an alternative to investing in the recruitment and training of resident workers. Rather, skilled migrants are required for skills that are hard to find or develop in the UK.'

According to the NIESR, while employers and stakeholders acknowledged there may be sme scope to reduce levels of non-EEA recruitment, this would involve long-term, consistent investment in training. Changes in higher education were also needed, they said.

But, they raised concerns over the impact of further restrictions on skilled migrant workers, such as limits in intra-company transfers, which were seen as bad for business and the UK economy.

This article appeared in our February 2012 issue of The Actuary.
Click here to view this issue
Filed in
02
Topics
Careers