The European Council has introduced regulations to restrict the use of short selling and certain aspects of credit default swaps (CDSs) in circumstances where there is a serious threat to financial stability. 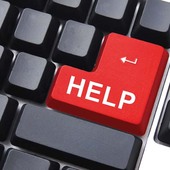 The move aims to improve the previously fragmented approach seen at the height of the 2008 financial crisis where member states adopted various emergency measures in an attempt to stem the downward spiral in share prices leading to systemic risks.

The Council acknowledged the role of short selling in ensuring the proper functioning of financial markets, in providing liquidity and contributing to efficient pricing, but said the new regulation is intended to avoid the market confusion and higher costs of the previously uncoordinated approach.

The regulation covers all types of financial instruments but provides for a response
proportionate to the potential risks posed by the short selling of different instruments.

For EU company shares, it creates a two-tier model for the disclosure of significant net short positions. While at a lower threshold, notification of a position must be made privately to the regulator. At a higher threshold, positions must be disclosed to the market.

To tackle the increased risks posed by uncovered short sales, the proposal requires that anyone entering into a short sale must at the time of the sale have borrowed the instruments, entered into an agreement to borrow them or made other arrangements to ensure they can be borrowed in time to settle the deal.

However, the Council said that these restrictions do not apply to the short selling of sovereign debt if the transaction serves to hedge a long position in debt instruments of an issuer.

Equally, if the liquidity of sovereign debt falls below a specified threshold, the restrictions on uncovered short selling may be temporarily suspended by the competent authority.

In exceptional situations that threaten financial stability or market confidence in a member state or the EU, the regulation provides that competent authorities should have temporary powers to require greater transparency or to impose restrictions on short selling and CDS transactions or to limit individuals from entering into derivative transactions.

In such a situation, the European Securities Market Authority (ESMA) is given a key coordination role, to ensure consistency between competent authorities and to guarantee that such measures are only taken where they are necessary and proportionate. ESMA is also given the power to take measures where the situation has cross-border implications.