FRC to consult on bringing incentive work under TASs

The Financial Reporting Council has announced plans to consult on bringing actuarial work on pension incentive exercises into the scope of its technical actuarial standards. 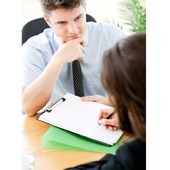 As part of the consultation, which was announced by the independent regulator's Board for Actuarial Standards last week, it will also consider whether the TASs should include specific principles to be followed when providing actuarial advice on incentive exercises.

According to the FRC, the move is one of several initiatives being undertaken by regulators and industry groups to address concerns raised by pensions minister Steve Webb regarding the influence financial incentives have on the decisions made by members of defined benefit schemes.

In particular, there is concern scheme members may be overly influenced by the incentives without appreciating the value of the benefits they are giving up.

Incentive exercises involve a sponsoring or associated employer of a DB scheme trying to remove some or all of its liabilities by offering scheme members an incentive to transfer or modify their benefits. Most commonly, the incentive is an enhancement to the calculated transfer value of the member's benefits in the scheme, a cash payment in addition to the transfer value, or a combination of the two.

Jim Sutcliffe, chairman of the BAS, explained that while actuaries may not advise scheme members directly, they frequently advise the other parties involved, which need to be aware of the 'risks and uncertainties' to future pension benefits of any proposals being put to members.

'The TASs already provide a good framework which might be used for such advice,' he said. 'Our consultation will explore whether, in conjunction with proposals by other parties, further measures should be taken to support the provision of better information, safeguards and outcomes for scheme members.'