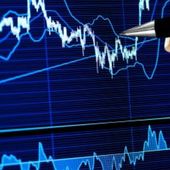 In total, the aggregate deficit of the 6,432 schemes which pay a levy to the lifeboat fund was £265.5bn at the end of January. This represents a small decrease from the £270.8bn estimated at the end of December 2011.

The slight improvement in the total deficit was accompanied by a reduction in the number of schemes in deficit, from 5,412 to 5,388 and a corresponding increase in those in surplus, from 1,020 to 1,044.

However, year-on-year comparisons show how the situation facing schemes in the index has worsened over the past 12 months. At the end of January 2011, the PPF 7800 actually recorded a surplus of £38.5bn.

The PPF noted that year-on-year comparisons should take into account the changes in assumptions for s179 valuations which came into effect on April 1 2011. These raised scheme liabilities by 3.6% and reduced the aggregate balance by £34.9bn.