Solvency II could prompt insurers to increase their allocation to alternative assets as they seek high yield investment options, according to a survey by BlackRock. 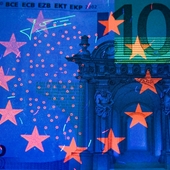 The research among 223 insurers with European operations, conducted on behalf of the fund manager by the Economist Intelligence Unit, found that the regulation would see seven out of ten firms tempted to move away from equities and government bonds.

Nearly a third (32%) believed they would increase their allocations to private equity and hedge funds, despite possible higher capital charges under Solvency II.

Solvency II's Pillar 3 reporting requirements were also flagged as an area of concern. While the vast majority (97%) of survey respondents expressed faith in their own investment governance and risk management capabilities, over 90% were concerned about meeting the requirements for timeliness and completeness of data. Meanwhile, 92% had reservations over third-party data.

"As they plan for this new regulation, insurers face a market environment of unprecedented challenges, including a continued sovereign debt crisis, frustratingly low yield from traditional fixed income, high levels of equity market volatility, and anaemic economic growth," he said.

"Against this backdrop, insurers need income to meet their liabilities, and the research shows they may look to increase their allocation towards alternative asset classes such as hedge funds and private equity to achieve this.

"Additionally, there is a clear disconnect between insurers' confidence in meeting the requirements of Solvency II and the understanding of the necessary time and resources needed to meet these challenges - specifically in relation to 'look through'.

"Anxieties about data management must be tackled if insurers are to achieve the optimum investment strategy and asset allocations to deliver superior returns, and consequently they may need to revisit the amount of time and resource they invest in this area."