The insurance industry is set to see a sharp increase in merger and acquisition activity over the next few years, according to Towers Watson. 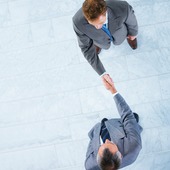 Despite continued economic volatility and several global catastrophes over the past year, the financial services company said yesterday it expects the sector to turn its attention from internal concerns to an increased focus in M&A.

Jack Gibson, Towers Watson's managing director for global M&A, also cited 'pent-up demand' from private equity and other financial entities that was ready to be spent as factors behind the company's forecast.

'Regulatory changes around the world, and the continued uncertainty of the implementation of these changes, have caused a short-term decline in M&A activity, but will ultimately prove to be a significant catalyst for increased activity over the medium to longer term,' he said.

To support its analysis, Towers Watson published the results of surveys of chief financial officers from North American insurance companies in both the life insurance and property and casualty markets.

Among the life insurance CFOs, 59% said they were considering buying a company while 50% said they were thinking of buying a block of business. According to Towers Watson, this shows that impediments to acquisitions - and in particular capital issues - have diminished over the past two years.

Bruce Fell, a managing director in Towers Watson's property and casualty practice, said the results of the survey showed the importance of companies maintaining strong cash positions and balance sheets to either pursue acquisitions or fend them off.

He added: 'We see the biggest drivers for increased deal activity are expansion into new markets and gaining economies of scale. Future impediments could include continued economic uncertainty and capital constraints.'

For companies interested in 'inorganic growth', Towers Watson said it would be wise to develop a plan based on their being strong demand for acquisitions but short supply of companies. This is particularly the case in the global market, where the largest companies are likely to be the industry leaders, it added.