While there was no single major loss event last month, a series of relatively small aggregated losses impacted insurers and economies, according to Aon Benfield. 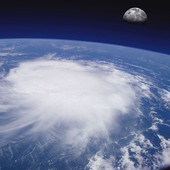 In its latest Global Catastrophe Recap report, published yesterday, the reinsurance firm highlighted Windstorm Ulli, which hit the UK and Scandinavia in January, killing at least two people and causing widespread damage. With thousands of insurance claims in affected regions, the total insured losses are estimated at around £200m, it said.

Meanwhile, a 'rare' January tornado outbreak caused widespread damage to portions of Alabama, Arkansas and Mississippi. Total economic losses there are expected to exceed $100m (£63m). Last month was the third-most active January for tornado touchdowns since records began in 1950, the report noted.

Severe weather was also prevalent in parts of Indonesia, where separate events led to widespread damage and fatalities. Total damages in the country's capital, Jakarta, were recorded at 270bn Indonesian rupiahs (£18.9m), while a tornado killed at least 14 people and destroy more than 2,000 homes in the provinces of Jakarta, Central Java, East Java and West Java.

And, tropical Cyclone Funso brought torrential rains and gusty winds to Mozambique, though never officially making landfall. At least 30 people were killed and tens of thousands of homes were affected.

Steve Jakubowski, president of Impact Forecasting, who publish the report for Aon Benfield, said that while last month saw an increased number of natural disaster events, unlike in 2011 there had not been a 'significant event'.

He said, however, that severe winter weather was expected to continue to impact countries across the Northern Hemisphere this month.

'Climatology and the current La Niña phase suggest that heavy rainfall and tropical cyclones are a threat for the Southern Hemisphere, especially after Cyclone Yasi's landfall and flooding across parts of Australia last year during the months of January and February.'