An independent Scotland is likely to find the implicit constraints on its economic policy are even more restrictive than the explicit ones it faces as a full part of the UK, economists said today. 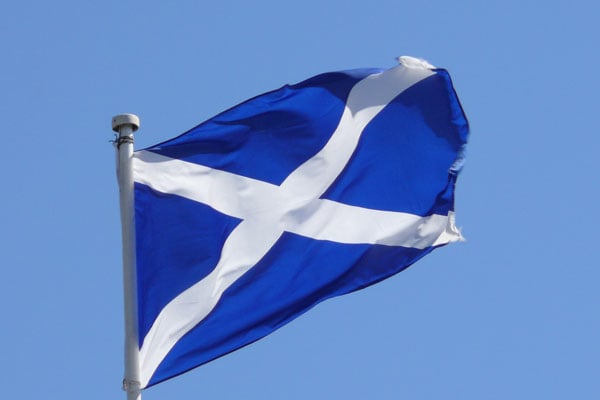 The National Institute of Economic and Social Research said that while it would be 'sensible' for an independent Scotland to continue to use the pound sterling, it would restrict fiscal policy because the Scottish parliament would have no directly control over its currency.

Dr Angus Armstrong, director of macroeconomic research at the NIESR also said that, with a pro-rata transfer of existing UK public debt, Scotland would enter independence 'heavily indebted' with no insurance from fiscal risk sharing or fiscal transfer mechanism with the rest of the UK.

'Even with a favourable settlement on future oil revenues, its fiscal balances are likely to be volatile with larger deficits in some years as a result of its dependence on oil revenues,' he added.

According to Dr Armstrong, this would mean Scotland's fiscal debt would be around 70% of gross domestic product, with recent fiscal and trade deficits around 4% on average.

Independence would also require Scotland to create provisions for its 'lender of last resort' facility and to have some contingency reserves.

An independent Scotland would also set its own budget and issue its own bonds, presumably in sterling, to finance any shortfall. Dr Armstrong said that this raised the possibility of default as a result of bonds having been issued without the government being able to print money to repay credits.

Default was only likely 'in very remote circumstances', he said, but the recent experience of some eurozone countries showed it was no longer just a theoretical possibility. Currently, as a full member of the UK, Scotland is not at the risk of this happening.

'The National Statistics publication Government Expenditure and Revenues Scotland (GERS), estimates that over the past five years Scotland has been in a stronger financial position than the UK as a whole,' he said.

'Scotland has a tremendous assets base, the natural human and capital resources available are substantial: remaining oil reserves with an estimated wholesale value of £1 trillion, over £3 billion worth of whisky exports, the wealth of exportable engineering and research and development skills vested in Aberdeen, the oil and gas capital of Europe, or those in Scotland's highly diversified financial services sector; or the opportunities available through as yet untapped wind, wave and tidal power.'

'Independence will allow us to maximise the opportunities available to our businesses and people, to give certainty about the tax environment to our oil and gas industry, to use taxation wisely to attract investment and jobs,' he added.