Insurance rates for business with exposure to natural catastrophe risk and supply chain perils are set to continue increasing across Europe, the Middle East and Africa (EMEA) this year, Marsh said today. 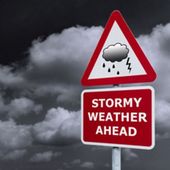 In its 2012 market report for the region, Navigating the Risk and Insurance Landscape, the insurance broker found that substantial catastrophe losses and reduced investment returns prompted many insurers to seek rate increases last year.

Rate reductions are expected to become less frequent in 2012, Marsh said, as underwriters either push for rises or restrict limits on accounts with significant losses or catastrophe exposures.

Marsh noted, however, that companies with favourable claims records, robust data and little exposure to catastrophe might still be able to secure reductions at renewal in both properly and liability classes.

In motor insurance, the market is expected to remain 'challenging' in many European countries this year, as a result of insurers' continued concerns over high loss ratios. However, Marsh said motor rates in the Middle East were likely to stabilise with competition having already led to decreases of up to 30%.

Martin South, chief executive of Marsh Europe, said: 'Insurers are scrutinising renewals more closely than at any time in the last decade. While rates are generally expected to remain stable across Europe for the first half of 2012, the future implementation of Solvency II and other market factors may increase pressure from insurers to increase rates.'

Mr South called on businesses to focus on deepening their relationships with existing insurers and to provide them with strong data and clear evidence of their risk management and mitigation strategies, rather than just concentrating on cost.

'By strongly aligning their insurance programme to their particular circumstances, they will be better placed to manage a market change, whenever it occurs,' he said.

Marsh's report also found a continued decline in rates for middle market business perceived to be a 'better risk' by underwriters, but difficulties for larger financial institutions trying to achieve further rate reductions. This is a result of insurer concerns over the sector's exposure to the eurozone crisis, as well as existing claims, the broker said.

In general, insurers believe they are better prepared to handle a second financial crisis, because they now have better financial information and more sophisticated techniques to assess the probability of default.

But, Marsh said that underwriters were becoming more cautious and reviewing cover levels, especially in markets such as Greece and Italy. Rates for trade credit business are expected to harden this year, although competition still exists, it added.

Meanwhile, the 'Arab Spring' has had a 'profound' impact on benefits decision-makers in the Middle East and Northern Africa, with political violence now ranked among the most serious employee risks, Marsh said.