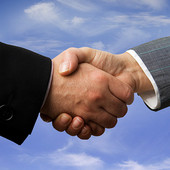 It believes that the UK non-life sector's capitalisation, underwriting and operating trends will generally support insurers' current ratings over the 12-24 months from December 2011, despite the expectation that fundamental indicators will be weak during 2012.

Underwriting conditions are also expected to remain challenging, with the agency forecasting a calendar-year combined ratio of 105.5% for 2011.

Fitch's outlook assumes a continued, but weak, economic recovery in the UK, with modest GDP growth.