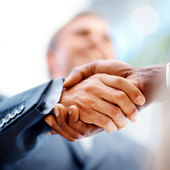 Hopes for a settlement on reform - widely touted in a statement by Treasury Chief Secretary Danny Alexander on Tuesday - were scuppered after Department for Communities and Local Government minister Eric Pickles emailed unions a document yesterday announcing employer contributions would be capped at 10.9%.

Unions and the Local Government Association had assumed cost ceilings would be left up LGPS negotiators to decide without Treasury interference.

Pickles withdrew the letter - calling it a mistake - but the distrust it has engendered left reforms in limbo and led to emergency talks between Alexander, Pickles, the TUC, Unison, GMB and the Local Government Association yesterday to resolve the issue.

The proposed way forward for reform of the LGPS as originally agreed has now been confirmed.

The agreement means that the local government unions and the LGA - along with the DCLG - will commence detailed negotiations on the basis of the so-called heads of agreement in the new year.

In a statement, the TUC said: "All those involved welcome the speedy clarification from ministers that has enabled this agreement to be taken forward."

The GMB said the deal removed the threat of huge contribution rises, which it said would have led to mass opt outs and "jeopardised the LGPS".

GMB national officer Brian Strutton said: "I'm pleased we have sorted out yesterday's confusion. Both Danny Alexander and Eric Pickles have given me the assurances I sought and a new letter from Eric Picles has been agreed, this means we have an agreement going forward into the New Year."