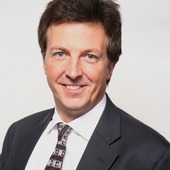 The consultant said continued equity market volatility and increased regulatory pressures will cement the current flight from equities into bonds and lead to overweight fixed income holdings for a majority of the UK defined benefit sector.

JLT Pension Capital Strategies division managing director Charles Cowling said: "We would predict further flight from equities into bonds, with allocations hitting 70% within five years. The focus for pension schemes is to find a 'safe path' through the continuing volatility, which would suggest equity markets will most likely remain out of favour for the foreseeable future.

"De-risking will be the main objective for pension schemes over the coming years; with regulatory uncertainly presented by initiatives such as the proposed Financial Transaction Tax and market volatility still very much an issue, a 70% allocation to bonds does not seem an unreasonable prediction."

Figures from JLT PCS show the total deficit of FTSE 100 DB schemes was £47bn at the end of September 2011 - a £19bn improvement from a year earlier.

The end of Q3 also showed DB bond allocations at 50%, which represents a 15 percentage point increase from 35% at the same time in 2008.

However, the bond trend is not solely driven by markets - increased regulation is also a factor, JLT said.

"One of the recent changes to the methodology used to calculate PPF levies mean that schemes' levies will now reflect the riskiness of the assets they hold. This will give further incentives for schemes to shift their assets out of equities and into bonds," Cowling added.

"There is also the possibility that that the current EIOPA consultation1 could lead to solvency requirements being introduced for pension schemes, which would see this trend exacerbated, as it will encourage lower risk taking in pension schemes."

This article appeared in our December 2011 issue of The Actuary.
Click here to view this issue
Filed in
12
Topics
Investment