A lack of clarity on future planning needs and a paucity of reliable sector data are hindering the development of the long-term care market, according to the Institute and Faculty of Actuaries 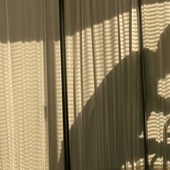 In its response to the Department of Health's consultation into the reform of long-term care, 'Caring for our Future', the Institute and Faculty said a lack of certainty and consistency of treatment towards public and personal provision, and the complexities of means-testing and care assessments were among the barriers faced.

Together, these could make it more difficult to design affordable products to suit individual needs and, as a consequence, this could lead to a lack of affordable provision, especially for people with less means.

Sue Elliott of the Actuarial Profession's health and care committee said: "If there was a consistent system, we would expect that this would improve stability and portability.

"It is also important that there is consistency between public provision and private financial services.

"This includes alignment of public and private assessment systems both at the initial point of need and at the point where Dilnot's proposed £35,000 cap or some other threshold is reached."

She added that sustainability of the system would also need to be considered to ensure future-proofing and encourage individual planning.

The Institute and Faculty has anticipated that the reforms may lead to an increase in the number of long-term care products being taken up, but potentially a decrease in value as people may only seek cover up to the value of the cap.

Ms Elliott said: "If the extended means-testing system continues to penalise those taking out one or more financial products, this could prevent more private money coming into the care system, particularly at the lower end of the income-wealth distribution."

"Since this covers a large proportion of people, the impact on the potential market for private finance products is likely to have a constraining effect.

"There is, however, a potential market for top-up coverage or alternatives to what the State will provide; some may seek better quality homes than those which the State provision would cover, where the general living costs will be higher."

On the lack of reliable data on long-term care, the response noted that the data in the Commission on Funding of Care and Support report was reliant on various assumptions.

To ensure that decisions are based on robust data, the response recommended these assumptions are more robustly tested to take into account disease rates at older ages, as well as movement in pensionable age.

Ms Elliott said: "We would also like to see more research carried out into the effects of early intervention on the later care needs of individuals.

"Both of these are areas where the modelling and analytical skills of actuaries would be of value and we would be willing to work with policymakers to fill in these knowledge gaps."

This article appeared in our December 2011 issue of The Actuary.
Click here to view this issue
Filed in
12
Topics
Professional