Swiss Re warns of low insurer profits for 2012

Swiss Res economists say the fortunes of the non-life insurance industry are unlikely to pick up until after 2012... 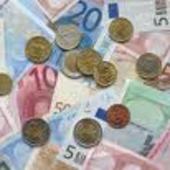 The reinsurer's publication "Global insurance review 2011 and outlook for 2012 and 2013" was presented at the Swiss Re Economic Forum in London. It said the insurance industry had "successfully restored its capital base to a higher level compared to the beginning of the financial crisis".

"Currently, the greatest risk to the economic outlook stems from political developments in Europe, which could result in disorderly sovereign defaults or even exits from the European Monetary Union.

"This is followed closely by risks associated with the political stalemate in the US, which is preventing the implementation of sensible fiscal adjustments that could support growth while reducing the deficit.

"The situation in these two major regions has increased the risk that they will both experience a prolonged period of low growth, low inflation and low interest rates."

He added: "Inflation risk is still a few years down the road in developed markets. But as weak growth makes fiscal consolidation difficult, the incentive to deliberately allow inflation in order to reduce sovereign debt levels is strengthening."

Swiss Re predicted low non-life business profitability in 2011 due to cat losses. There would also be more moderate premium growth than previously projected because of the economic worries.

It warned on investment returns too, claiming higher interest rates could be coming in 2013.

"Capitalisation of non-life books looks strong on an accounting basis, but has to be taken with some caveats. The assets are inflated due to exceptionally low interest rates and the liabilities might be understated."

On the Eurozone crisis Darren Pain, senior economist, Swiss Re said : "A 50% haircut on Greek, Irish and Portuguese sovereign bonds could be readily absorbed in insurers' existing capital resources. More challenging would be a haircut of that size also covering Spanish and Italian debt.

"In that case, write-downs could lie anywhere between 25% and 35% of shareholders' equity."