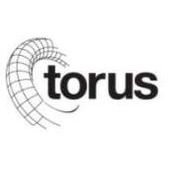 Of the respondents surveyed at the 2011 Federation of European Risk Managers Association's Risk Managers Forum in October, 29% cited the EU capital adequacy measures as the greatest challenge.

Other themes highlighted as shaping the European market include a rising demand for contingent business interruption cover, an appetite for new capacity and products and an increasing trend among insurance buyers to share risk across multiple carriers, according to Torus.

Over 80% of respondents said they believe there is growing demand for CBI policies with companies increasingly focusing on business continuity planning and 31% think there will be a significant increase in demand.

Dermot O'Donohoe, chief executive officer of Torus International, commented: "Contingent business interruption cover is a growing concern for risk managers following the impact of natural disasters in the first half of 2011. The challenge for the market is not just to deploy capacity but to provide the relevant expertise and work with clients to understand the nature of these exposures."

In addition, the survey findings highlighted a desire for product innovation as well as increased competition among insurance carriers, with nearly half of respondents (48%) citing dissatisfaction with services and products available in the European market.

Respondents highlighted the need for increased competition among insurers with about a quarter of those surveyed (23%) regarding the market as too dominated by local carriers.

Additionally, 22% of respondents concluded that the spectrum of products offered in the European market meet their needs but agreed there are too few carriers.

O'Donohoe continued: "Established carriers may argue that new entrants dilute quality and price but the real long-term story is a need from both buyers and brokers for innovation and new products; and smaller, more flexible carriers are often better placed to respond."

Solvency II requirements are seen as the greatest challenge to the European insurance market by risk managers, but credit downgrades remain a significant concern, according to a survey by specialty insurer Torus...

This article appeared in our December 2011 issue of The Actuary.
Click here to view this issue
Filed in
12
Topics
Global