Accounting standards were a root cause of the financial crisis and should be subject to a comprehensive review, according to the Local Authority Pension Fund Forum... 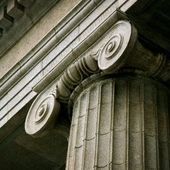 The LAPFF 'post-mortem' report into the UK and Irish banking losses of 2008 argues that the International Financial Reporting Standards adopted in the UK in 2005 are not "fit for purpose" and led banks to overstate their solvency in the run up to the banking crash.

The report argues that banks that appeared perfectly solvent required a massive taxpayer bail-out within months - a discrepancy in financial reporting that shareholders have yet to adequately question.

The 54-member LAPFF, worth £100bn in assets, argues there has been a "deficit in analysis" from institutional investors on how the banks came to lose an estimated £150bn of capital.

LAPFF chairman councillor Ian Greenwood said if investors are to contribute to banking reform they must first understand what went wrong.

He commented: "The forum's analysis as set out in this publication leads to some radical conclusions, not least the need for a comprehensive review of financial reporting where we believe there are significant deficiencies.

"The failure of several major UK and Irish banks had a major impact on our members in particular, and market confidence in general.

"Therefore it is vital that we understand precisely what went wrong, including why the failures were initially misdiagnosed as a problem of liquidity, rather than a capital crisis."

The report argues that banks overstated not only the size but also the quality of the capital in their accounts by as much as 600% in one case.

The analysis states that UK and Irish banks were at a greater risk in the crisis because the UK adopted the IFRS standards more comprehensively than other European nations.

It also claims the refinancing of the banks is largely due to losses on ordinary lending not investment banking trading losses.

Greenwood added: "Our analysis clearly points to the fact that flawed international financial reporting standards played a significant contributory role. This implies that significant reform of both accounting standards and the standard setters is required."

This article appeared in our December 2011 issue of The Actuary.
Click here to view this issue
Filed in
12
Topics
Regulation Standards