Pensioners losing out due to QE focus on long-dated gilts

Defined benefit pension funds would be significantly better off if the recent rounds of quantitative easing had been focused away from the purchase of long-dated gilts, according to Pension Corporation... 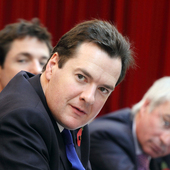 The firm said that DB schemes would have seen their liabilities rise by only a fraction of the estimated figure of £200 billion and called for any future QE to return to its original mandate of buying stressed assets off banks' balance sheets.

Pension Corporation had previously estimated that pension fund deficits were pushed out by a net £74 billion under the first round of QE - the increase in liabilities minus the estimated rise in equities and bonds2. This means sponsors could be forced to pay an additional £7.4 billion a year until at least 2020 into their pension fund to cover the additional £74 billion hole created by QE1.

The firm said that it recognised the wider benefits of the QE programme but in the interests of UK pension funds, said that QE2 should not buy gilts with a maturity longer than 25 years and should return to the original mandate which did not target these long-dated gilts.

Pension Corporation also called for policy to address the stressed areas of the economy by buying stressed assets off banks' balance sheets. The firm believes this would maintain a low gilt yield, allow banks to be more certain of their asset values and make them more likely to lend, and would help drive economic growth by supporting corporate sponsors. Pension fund deficits may actually narrow under this scenario.

At the long end, Pension Corporation noted that the Government is the main beneficiary of low yields as it has issued 75% of all the long Sterling fixed rate bonds since 2009, and pension funds are the main losers.

"The Chancellor's number one metric for measuring international confidence in the UK's economic policy is the yield available on Gilts, which is now lower than that for German bonds. By this measure, and this measure alone, he is succeeding in keeping the UK out of intensive care. What is less well understood, however, is that by targeting Gilts with maturities over 25 years, where the Government is by far the main beneficiary, QE is damaging pension funds.

"QE2 and any further rounds should revert to QE's original form, and not target over-25- year maturity Gilts, as well as addressing the stressed areas of the economy. This would help pensioners, UK corporate sponsors and the wider economy."