The government's decision to switch from the retail price index to the consumer price index to calculate annual public sector pension upgrades has been ruled lawful in the High Court... 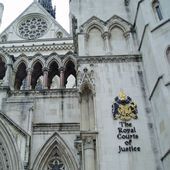 A group of trade unions had accused the government of unlawfully attempting to reduce pension costs in the battle to cut the UK's financial deficit.

Since April this year, the government has used the consumer price index, instead of the normally faster-rising retail price index, to measure price increases influencing the uprating of public sector pension schemes.

Government lawyers argued CPI was "a more appropriate measure of changes in the general level of prices". They said the change was legal, will save £6bn a year and help to return the UK to a secure financial footing.

This week, the Office for Budget Responsibility revised its estimate of the annual differential between RPI and CPI, suggesting it could be as low as 1.3% a year.

Up to two million public sector workers went on strike on Wednesday in protest over further proposed changes to their pensions.

TUC general secretary Brendan Barber said the judgement was disappointing for pensioners and scheme members across the public and private sectors.

"But we take great heart that the court accepted the argument that the government did this to cut the deficit rather than carry out a proper consideration of the best way of measuring the cost of living for pensioners, even if only one judge said that it was unlawful," he added.

Barber noted that the latest predictions from the Office for Budget Responsibility showed members would see pensions cut by up to to 20p in the pound because of the switch.

"Ministers keep saying that they are cutting public sector pensions for the benefit of private sector workers, but this move hits both, as well as those with a SERPS or state second pension," he said.