The difference between retail price index (RPI) and consumer price index (CPI) measures of inflation will double over the long term, the Office for Budget Responsibility predicts... 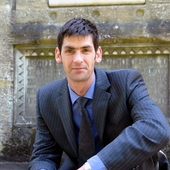 The independent forecasting body increased its prediction for the gap between the two indices to 1.4 percentage points - twice average difference over the previous 22 years.

This is also 0.2 percentage points higher than the OBR had forecast in its Economic and fiscal outlook in March this year.

It means the government's decision to switch to CPI for uprating public sector pensions - upheld by the High Court today - could have an even greater impact on members than initially predicted.

Hargreaves Lansdown head of pensions research Tom McPhail (pictured) said it would result in a loss of retirement income of almost 18% for some pensioners if the Bank of England hit its inflation targets.

"If we assume that the BoE does eventually hit its CPI target of 2%, then the switch would cost a pensioner retiring at age 65 with a £10,000 a year pension around £46,600 over the duration of their retirement, a loss of around 17.73% in terms of the total payout," he said.

The OBR said the bulk of difference between the two measures was down to the formula effect - the difference in how the indices are calculated - which accounted for 0.8 to 1 percentage points.

It had previously assumed this difference in methodology - with the CPI index assuming inflation will lead consumers to switch to cheaper alternatives - would contribute 0.5 percentage points to the difference.

The rest of the divergence in the indices is down to their composition - the biggest difference being that CPI does not take into account movements in housing costs.

The report predicts this will lead to a further 0.5 percentage point difference - 0.35 percentage points for the effect of council tax and house prices and 0.15% for mortgage interest payments.

McPhail said the government's switch to CPI would reduce pressure on schemes the public and the private sector, but mean a significant diminution of the pension rights of members.

"They will need to adjust their investment, income and expenditure plans in order to avoid a steady decline in their standard of living in retirement," he said.

If the challenge to the switch had been successful, the government would have had to offset the increased cost of moving back to RPI by adjusting downwards some other aspect of public sector pension rights such as rescinding recent concessions, he added.