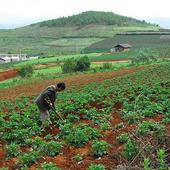 In its China Property & Casualty Insurance and Reinsurance Market Report, Aon Benfield says China was hit by five of the 10 worst natural catastrophes in history, yet its P&C insurance market is growing only at the same rate as GDP whereas insurance overall is growing much faster.

China represents close to 4% of the world's total insurance premiums at RMB1.45tn ($226bn) for life and P&C, which has grown from 1% over the last decade. The CIRC is targeting a 15% compound annual growth rate over the next five years

Government subsidies have supported annual growth in Agriculture premiums of greater than 100% from 2005 to 2010 to reach RMB13.6bn ($2.0bn)

Malcolm Steingold, chief executive officer, Asia Pacific for Aon Benfield, said: "Over the past 10 years, China has emerged as an insurance and reinsurance market that cannot be overlooked. However, when we look beyond the macroeconomic growth, underlying opportunities and challenges are not necessarily what they first appear to be.

"For example, a detailed analysis of the property market shows that growth has been more in line with gross domestic product than with the faster overall market growth, which is largely driven by motor business."

"Over time this should support increased transparency and improved profitability, potentially hand in hand with the entrance of more foreign insurers into the Chinese market and the global expansion of Chinese reinsurers.

"Expertise and experience accumulated and tested in the global market are still of much relevance to China as it targets further growth over the next five years."

Henry To, chief executive officer, China for Aon Benfield, said: "Over the years from 2001 to 2010, the Chinese insurance market (P&C and Life) was the second fastest growing national market in the world behind Malta and now represents close to 4% of the world's total insurance premiums - up from about 1% in 2001.

"Given the still low insurance penetration rate and China's comparative economic outlook, this share can only be expected to grow."