Trustees of the Uniq Pension Scheme have signed a £830m buy-in deal with Rothesay Life... 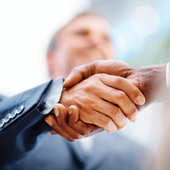 The scheme - which completed a deficit-for-equity-swap with its sponsor earlier this year - worked with consultant LCP to secure the buy-in contract.

The deal with finalised within one week - locking in "advantageous" pricing due to current market volatility.

He said: "Since the deficit-for-equity swap earlier this year, our main objective has been to secure - with an insurance company - benefits at least equal in value to Pension Protection Fund compensation with the possibility of a top-up above that level.

"The policy structure designed by LCP and secured with Rothesay Life is an important stride in realising this objective on behalf of the 20,000 members of the Scheme."

The Uniq scheme - formerly the Unigate Group Pension Scheme - dwarfed the market capitalisation of its sponsor, putting enormous pressure on its future viability.

Uniq, its trustees and The Pensions Regulator worked to put a strategy in place to secure its future - where about 90% of the sponsor's equity was transferred to the pension scheme, with a view to a future sale.

The LCP advisory team was led by partners Aaron Punwani and Richard Mills.

Mills said: "With this milestone transaction, the trustee was able to lock in at an early stage the scheme's recent asset performance against the backdrop of considerable economic volatility. The policy also gives the Trustee significant flexibility if it proves possible to provide a top-up to members' benefits in due course."

Rothesay Life chief executive Addy Loudiadis commented: "By locking in the financial terms quickly we were able to demonstrate our ability to complete innovative financial structuring to the direct benefit of the members."