Several Italian and Spanish insurers have been downgraded following assessments of their pro-forma capital adequacy amid challenging investment conditions... 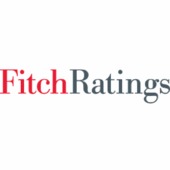 At the same time, Fitch has affirmed Mapfre SA's Issuer Default Rating at 'A-'. These ratings actions also apply to the entities' core subsidiaries. The outlooks are negative.
Fitch has undertaken a series of stress-tests in Italy and Spain, and concluded that some insurers' large investment concentrations in sovereign debt justify/require distinction relative to similarly rated peers.

The potential for these concentrations to result in poor capital performance under extreme scenarios is a key driver of the rating actions, it said. Current market price declines and recent pricing volatility of sovereign debt have already moderately weakened insurers' capital positions as assessed by the regulatory solvency margin and Fitch's own assessment of capital adequacy, albeit to varying degrees.

Given significant market and fundamental uncertainties with regards to sovereign debt, the possibility of further deterioration in the capital market performance of sovereign debt could ultimately more materially impair the insurers' capital positions.

The rating actions consequently reflect the degree of sensitivity of the insurers' capital adequacy to stress test assumptions over the credit quality of their holdings of Italian and Spanish government and bank debt.

As part of its analysis, Fitch evaluated each insurers' fundamental attributes, including various degrees of leveraging of domestic government debt relative to capital. Fitch also evaluated the existing strength of capital, and its ability to absorb future losses.

If the outlook for sovereign debt improves and stabilises, it is likely that insurer ratings could be upgraded should their actual and pro-forma capital ratios also improve.
As Fitch previously indicated, Italian insurers may not be able to pass on most of the losses incurred from an unlikely default of Italian government debt.

The rating actions also reflect Fitch's view that the environment in Italy and Spain is highly challenging and rapidly changing, which means that operating profitability is likely to remain pressurised in the medium term.

The agency has sharply revised down its near and medium-term growth forecasts for Italy as the economy has not recovered in line with expectations and the eurozone crisis could push Italy into recession. Fitch now expects the Italian economy to contract by 0.5% in 2012 followed by 0% growth in 2013, which could exert negative pressure on sales of insurance products.

However, underwriting profitability in the non-life segment continues to recover as pricing and claims experience improve. In addition, life insurers' credit profiles remain solid, with technical profitability and margins expected to hold up due to a better business mix.