The outlook for the Japanese non-life insurance industry is stable, underpinned by a recovery in the core automobile business line, according to a new Fitch report... 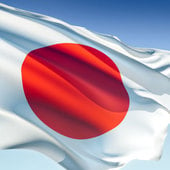 The biggest risk for the sector, apart from natural catastrophe exposures, remains their exposure to investment volatility, the report said.

A new premium scheme announced by the Non-Life Insurance Rating Organization in Japan in October will further improve underwriting profit as insurers will be able to charge higher premiums for drivers with accident history, the report added.

Automobile lines accounted for about half of domestic non-life insurers' net premium written for the financial year ended March 2011.

"Japanese non-life insurers are fairly well-capitalised and able to maintain their current insurer financial strength ratings, despite recent natural disasters such as the typhoons in September and flooding in Thailand," says Akane Nishizaki, associate director in Fitch's insurance team.

Estimated net insured losses from the flooding in Thailand amount to JPY260bn (2.5bn) for the three major non-life insurance groups, which is greater than the impact of March earthquake, Fitch said.

Fitch expects Japanese non-life insurers groups to continue looking for M&A opportunities overseas, to take advantage of the growing insurance market outside Japan. This overseas expansion is given an added boost by the Japanese FSA's proposed deregulation of cross-border M&A for non-life insurance groups, the ratings agency said.

This article appeared in our December 2011 issue of The Actuary.
Click here to view this issue
Filed in
12
Topics
Global