Interview: Tan Suee Chieh and Paul Collier on the limits of caution 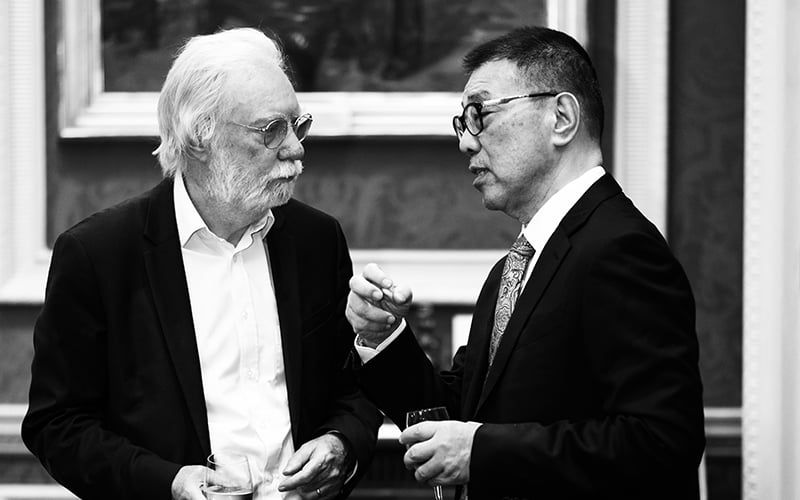 Sir Paul Collier is Professor of Economics and Public Policy at the University of Oxford’s Blavatnik School of Government and the author of numerous books, including Greed is Dead: Politics After Individualism and The Future of Capitalism: Facing The New Anxieties.

In February 2021, having been inspired by the latter book, the then IFoA president Tan Suee Chieh reached out to Collier and invited him to speak at the IFoA’s newly conceived thought leadership webinar series, ‘Finance in the public interest’. Here, in a separate interview, Tan and Collier discuss ‘safetyism’, and what it means for the world and the actuarial profession.

In his December 2021 article for Prospect (bit.ly/Bureau_protect), Collier defined safetyism as ‘the displacement of judgment by procedure’. By way of illustration, he recounted his own tragic personal encounter with safetyism, telling the story of his elderly parents’ care workers who, following “a tick-box rule designed to eliminate risk to the department”, moved his parents from their own home to a care home – against his parents’ wishes. Four days later, his mother suffered a fall from the care home’s unfamiliar high bed and broke her hip; she died the following day. “My mother had survived in her home for 48 years; safetyism took only five days to kill her,” Collier wrote.

Speaking to Tan, Collier elaborates on this concept. “Safetyism is the approach that says, ‘Let’s pretend that we live in a world we fully understand. In our little domain, we’ll try and get to absolute safety.’ In doing that, you don’t get rid of uncertainty and unknowability – you shift the people who bear the risks to someone else in the system. Safetyism shifts the risks from where they’re known to where they’re unknown, and that can be very dangerous.”

To give an actuarial example, Collier believes that the move from defined benefit to defined contribution pensions is an unfortunate consequence of safetyism. He states that this shifting of risk from company to individual is the result of a regulatory framework that seeks the “absolute certainty” that pensions liabilities will be met even in the worst demographic and economic scenarios. Pension funds were driven to invest in safe asset classes with low returns to meet large, long-term liabilities. As the cost of certainty became prohibitively high for companies, the schemes closed – with the result that investment and longevity risks were shifted to individual members.

The tendency to focus on short-term investment outcomes further exacerbates the matter. “Fortunately, pension funds don’t need to make higher returns every quarter,” says Collier. “What’s more important is that they adopt a system which produces higher returns or decent returns over the next 20 years. The attempt to get quarterly returns drives out attempts to get sustainable returns.”

The challenges of sustainability

Collier believes that instead of focusing on the pursuit of absolute certainty, actuaries should focus on the long-term future. “As a profession, your core skill is to think about duration: how long things will last. That’s enormously important in the larger concept of sustainability, and sustainability is the bedrock of modern discussion in society.”

Tan agrees with the overall framing of this argument, but highlights what he sees as important practical considerations. “Our profession’s tagline about 20 years ago was ‘making financial sense of the future’, making sure that the institutions we advise are operated on sound financial lines. That is the key to sustainability.”

At the same time, he argues, actuaries have to work with members of other professions, such as lawyers, auditors and accountants, within existing regulatory frameworks and governance standards. Currently, these standards are dominated by mark-to-market valuation as a demonstration of solvency. This, he believes, has contributed to the demise of with-profits business in the UK during the past 20 years.

“The trade-off between better long-term returns and lower reserving requirements with the acceptance of softer non-legal guarantees has eluded us,” he says. “This mindset has also led to the tragedies of the commons and horizons in the climate debate. On the positive side, there has been an awakening that an exclusive approach based on accuracy and evidence may not be sufficient when we are confronted with systemic uncertainty like COVID-19 and climate risk. Being safe, accurate and following procedures are not going to help.

“Even if we realise the dangers of actuarial safetyism, there currently seem to be no clear roadmaps. If we abolish rules and procedures, what do we replace them with? Intellectually, I agree with you. By satisfying solvency requirements, and hence investing in bonds, we can be counterproductive in the long term. At the same time, there are legal obligations to have pension liabilities guaranteed.

“If we take a step back, the trend started maybe 20 years ago following the near-collapse of Equitable Life. At that time, the appointed actuaries had a lot of judgment, but the problem with judgment is that it’s inconsistent and all of us will use rules differently.

This was compounded in Equitable’s case with a governance problem, where the chief executive was also the appointed actuary. With the improvement in longevity and the decline of interest rates, Equitable’s reversionary bonus rates became unsustainable. And then, after the financial crisis, Basel II and Solvency II came in. The reaction towards the global financial crisis was that people wanted more buffers, and the central metric was mark-to-market valuations. We have not come out with practical alternatives yet.”

In other words, Tan summarises, “the professions and regulators have become more technical, and there is a retreat to safety. There is less room for judgment. We need to create the space to ask wider and longer-term questions on what problems we are trying to solve, and what are the longer-term perspectives. This applies to many professions, as we have become more technical and siloed, and appear to be less purpose-oriented.”

For Collier, rapid learning is the way to find practical alternatives to safetyism. “The key rule of thumb in navigating radical uncertainty in a system that’s initially unsustainable is: learn rapidly. Learn from others, learn by experiment, devolve agency, try different things, and see what works best.

For individual actuaries, Tan believes, this translates to taking on characteristics such as a growth mindset, curiosity, courage, imagination and adaptability. “For me, this almost points to culture, and how we get there. If we move to an area where judgment replaces procedure, we must have a culture which is more tolerant of failure and of poor judgment, because judgment sometimes will be wrong.”

While recognising that a shift in the culture of the whole profession will take time, Tan recounts a recent actuarial ‘anti-safetyism’ success, bringing up the COVID-19 Actuaries Response Group (C19-ARG), which he co-founded in March 2020 as the COVID-19 pandemic was hitting Europe. “They were widely celebrated and recognised for their work and commentaries,” he says. “They’ve received prizes, they’ve won awards, but they had to operate outside of the IFoA’s bureaucracy and culture.”

While Tan acknowledges that the C19-ARG received wide tacit support from parts of the IFoA leadership in setting up the group outside the official IFoA, he explains why it had to be so: “The IFoA was unable to tolerate their experimentation and requirement for speed, because the IFoA wanted things to be as evidence-based and rigorous as possible. The C19-ARG’s desire was to be speedy in their response in providing useable, but not perfect, advice – certainty was not possible in the timescale.”

“Careful isn’t sticking to the rules!” Collier responds. “Careful is using judgment. Caution, when you’re on the Titanic and it’s sinking, would have been to say, ‘Let’s find out how long we have got until this boat sinks. What can we do to get help quickly? How do we best handle the time that we’ve got?’ It is not to say, ‘Just carry on moving the deckchairs around.’ That’s a very incautious response.”

If you are cautious in an unsustainable system , you have to have the courage to speak up. If you don't do that ,you are conniving at unsustainability 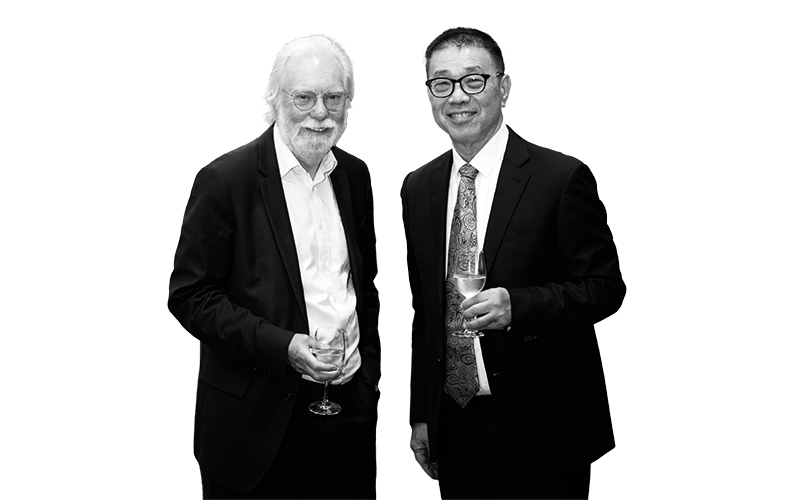 To speak up, Tan believes, actuaries need to collaborate and communicate with those from other disciplines. “It’s not just about analysis, which we are very good at. How do you effect influence? It’s logos, ethos and pathos.

“Most of us join the profession because of our mathematical skills, but quantification is no substitute for wisdom or judgment in radical uncertainty. We are good at quantification, but you’ve just told us that we should rely on judgment and wisdom, which is, by definition, not quantitative.”

Tan wonders whether the tendency to over-rely on quantitative and procedural thinking – not just in the actuarial profession, but more generally – could be partially attributed to the rise of science. “The rise of science and the Enlightenment have been analytical and somewhat reductionist. In my view, some of the problems stem from the rise of science and left-brain analysis, and a decline of wisdom or holistic thinking.”

Collier, however, points to a different side of science – one that points away from safetyism and towards judgment. “Real science is very vigorous debates between scientists who disagree with each other. Over the last 300 years, we’ve found pockets where we’ve got to some secure knowledge, but there’s not much consensus on the frontiers of science. The frontiers of science are disagreements. That’s very healthy. There’s a lot of uncertainty.

“The best we can do in those contexts is rapid learning, wisdom and judgment.”