Interview with Dr Emma Raven: Before the flood 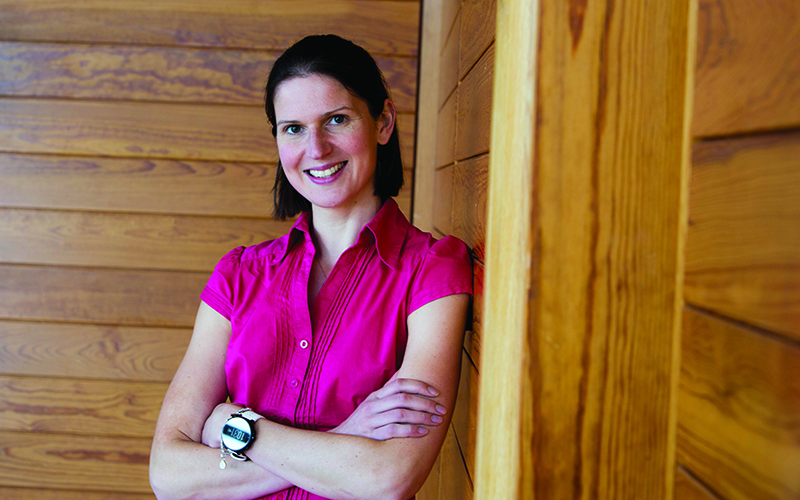 Dr Emma Raven has journeyed from the world of academia to the forefront of risk management, and now plays a leading role developing cutting-edge tools for flood data analysis.

The insurance industry has evolved too, with firms increasingly looking to apply the latest scientific knowledge to their pricing and modelling operations amid unprecedented environmental changes. As head of research and development at JBA Risk Management, Dr Raven strives to meet this growing demand, harnessing data to generate a complete picture of flood risk for insurers, governments, property developers and financial institutions worldwide.

A fork in the road

Dr Raven’s career started at Durham University, where she obtained a PhD in Geography and was introduced to the Willis Research Network, set up 14 years ago to bring research and science into the insurance industry. “It was really a turning point for me because it was a shift towards carrying out applied science for the industry sector,” she says. “I became Durham University’s Willis Research Fellow, and it was an introduction to this fascinating world of insurance, reinsurance and CAT modelling.”

Towards the end of her Fellowship, she had a choice between staying as an academic or pursuing business consultancy. She opted for the latter, and her work during the past decade has been as technical as ever. “Science isn’t just something that happens at a research institute or university,” she explains. “Companies are doing some excellent science themselves – challenging, questioning and considering new and better ways to do things.”

From developing statistical event sets to working in the field of hydrology, hydraulics and CAT modelling, Dr Raven’s role is exceptionally complex. “As a scientist, one of the main challenges I have found is effectively communicating, and helping clients understand, the science that goes into the development of our data and models.”

When it comes to the insurance industry, Dr Raven says that companies have a good understanding of flood risk, and an increasing number of firms are keen to learn more about data development methods. “We develop flood risk data and our customers are increasingly keen to understand how we develop it,” she says.

“There has been a shift away from black-box models, and the industry is certainly moving towards being much more open and transparent. This is because there has been huge progress in flood modelling over the past decade – increased computational capacity, better efficiency and more companies producing data. Insurers may not have sufficient claims data to analyse, or data from over a long enough time period for pricing purposes, which is where companies like mine come in, providing data to support their decision-making.”

Surface water, river and coastal flooding, urban drainage and the location of defences are just some of the numerous variables Dr Raven has to consider when developing models, and she says that “high-resolution data” is vital to capture the intricacies. “It does require much more granular detail than some other perils, and although most of our clients don’t have PhDs in, for example, hydraulic modelling, they’re more than capable of learning, provided that scientists can explain that in an effective way. I’m particularly passionate about bridging that gap in knowledge and really translating complex science into usable information for businesses.”

This is particularly relevant when considering climate change, which has spawned a whole new set of terms, acronyms and methods that flood risk experts and insurers need to understand.

Scientists agree that climate change is having an impact on the frequency and severity of floods, but this varies greatly depending on location and seasonality. Using climate data from various government programs, Dr Raven and her colleagues found that, under a realistic warming scenario, average annual loss to residential properties in the UK due to flooding may increase by between 25% and 30% by 2040 compared to the present day. “That’s scary, and is real evidence of the potential impact on property risk and loss, but nobody can predict with certainty how climate change will actually change flood risk in the future.”

She describes the insurance industry’s response to climate change as “really mixed”: some companies have been very proactive, while others have not yet taken it on board to the same degree. There are two big questions facing the industry, the first of which relates to quantifying uncertainty. “There’s already a large amount of uncertainty in CAT modelling, ranging from the data inputs to the assumptions made, and the inclusion of climate data introduces yet more uncertainty,” she says. “It’s made worse because it’s addressing a future problem, and there are simply hundreds of different views and scenarios proposed by the scientific community as to how the climate might unfold.”

The second big question is about how companies actually use the new types of climate change data and models that companies such as JBA produce. “You could use climate change flood data to quantify risk to a portfolio under a future potential scenario, and that allows a business to not only understand the risk that you might face, but also to develop strategies to mitigate against that risk.” How insurers go about answering these questions, and their ultimate success, depends largely on their understanding and application of the data.

Flood modelling has tended to be based on historical data, but the climate change phenomenon has prompted questions over how reflective this is of today’s risk. “There is plenty of evidence of trends in rainfall and flood peaks, but understanding what’s causing those trends is really quite difficult,” Dr Raven says. “You have natural variability, changes in the environment and human-induced climate change. Trends in flood peaks could be caused by any one of those, or more likely a combination of them.”

And it’s not just environmental changes that are directly impacting models, with insurers also having to consider how government policy on flood mitigation might influence risk. “Traditional CAT models make the best use of data and technology available at the time it’s developed, but there are always advances that can be made,” Dr Raven explains. “A couple of years ago we set out to develop a global flood model covering the gaps that existed in the global market. We quickly realised that we needed to rethink our approach to CAT modelling.”

As a result, the company made a breakthrough in developing its FLY technology, which allows models to be run on-the-fly. “Not only does that give the user of the model increased control over the data that they use, or the setting of their parameters, but it also allows the user to customise that model to their own view.”

This increased level of flexibility and customisation means that new data and science can be incorporated much faster and keep models up to date with scientific advances – particularly useful when considering climate change. “It also allows us to model things like changes in flood mitigation, construction of defences, increased urbanisation, and property design or protection,” she says. “Our FLY approach is a real step-change away from that traditional static approach to building a CAT model and producing flood data that has historically existed in the market. We think it’s a game-changer, giving speed, transparency, flexibility and much greater user control.

“It’s a challenge to accept change when you’ve done something in a traditional way – there’s always going to be some reluctance there,” she continues. “But I think there’s a recognition that just because something’s always been done one way, and everyone else does it that way, it doesn’t mean it’s the best way. The industry needs to be open to new and different ways of doing things.”

The COVID-19 pandemic has injected some urgency into how governments view building resilience to catastrophic events, while changes to individual behaviour have shown how quickly things can change overnight. “The question is: why can’t we act more quickly to address the climate crisis?” Dr Raven asks. “The changes that many of us are making, such as remote working and less air travel, may reduce emissions, but will that continue? The other big question is whether this crisis will drive down investments in climate action and resilience as we deal with the financial fallout.”

The 2018 Climate Projections suggest that between 1990 and 2090, the average winter precipitation across the UK will increase by around 18% under a high emissions scenario. When it comes to mitigating flood risk and climate change, Dr Raven believes that urgent action now is a win-win for insurers. “They all need to start acting and taking climate change seriously to avoid worst-case-scenarios, and the sooner the better,” she says. “There’s regulatory encouragement to consider climate change impacts, and those who’ve already started thinking about it, and taking the necessary steps, really will be ahead of the game.”

This article appeared in our November 2020 issue of The Actuary.
Click here to view this issue
Filed in:
Interviews