Per UK Linnemann: The Pension Innovator 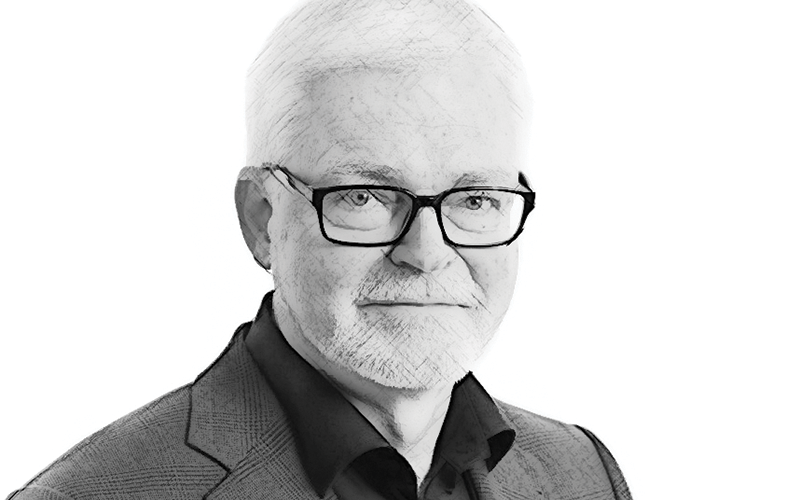 Per UK Linnemann is a Danish actuary with a strong interest in defined contribution (DC) pension product design, and the architect of the individual target date fund (or iTDF). Throughout his career he has been required to handle significant challenges, which began early on: “At university, our professor left and, along with another PhD student, I had to run a study programme for about 100 actuarial students and deal with the university’s governing bodies.”

At the age of 30, Linnemann became chief actuary of the Danish Insurance Supervisory Authority, appointed by Queen Margrethe II. “I was there for two years,” he says. “It was an interesting role where I needed to negotiate with top executives within the insurance industry.”

A fresh challenge appeared, and he joined new financial services company PenSam as the appointed actuary and actuarial director for four DC pension plans, including one of the largest in Denmark. “We started without any employees and had to establish a new actuarial department. They had some serious actuarial challenges that attracted me, such as developing a new technical basis and recognising the high level of disability rates being experienced. There was a need to do a lot of research, and my papers published in the Scandinavian Actuarial Journal were inspired by practice.”

He was then appointed chief risk officer, and the company became a pioneer in its establishment of a new department for enterprise risk management. “I found there were too many meetings, though, and not enough time to be creative,” he says.

Linnemann next joined SEB Pension as chief advisory officer. “That was an ideal position for me because it involved research and product development. The smoothed income annuity (SIA), a Danish invention, was already established, but we developed it further and were also the first company in Denmark to produce computer systems that facilitated individual financial planning.”

I ask Linnemann for some background on the Danish pension system. “In 2017, it was rated by Mercer as the best in the world for the sixth consecutive year. Since then, it has been rated second-best, slightly behind the Netherlands,” he says. “We have a robust and sustainable pensions system, built up over generations and founded on a combination of political decisions and assumption of responsibility by the social partners, where the government, unions and employers are willing to compromise and work together.”

A key component of Danish pensions are the DC plans established under collective agreements, which have generous employer contributions. The total contributions, which vary by union, are typically at least 12% of a person’s salary, although that includes other benefits such as life assurance, disability and health insurance. “You need a lot of money to provide a decent retirement pension,” says Linnemann. The state pension age is due to increase from 67 to 68 in 2030 and, as in the UK, there are plans to link future increases to changes in life expectancy in order to maintain affordability.

“The question is who will win the retirement agenda; there is a great deal at stake and there are exceptional opportunities for those who get it right.”

Denmark is often cited as a country that has embraced collective defined contribution (CDC) pensions, which Linnemann clarifies are in the form of with-profits funds. These were widespread until recently but, as he explains, “the two largest companies offering with-profits have both ceased issuing new polices in order to preserve the bonus pool for existing policyholders. Also, the cost of providing the guarantees has become apparent – hence the move towards investment-based products, as has been happening in other countries.”

However, he believes that risk sharing could still play an important role – especially in the form of the SIA, a product that emerged in 2002 and is unique to Denmark. “These are formula-based products, similar to with-profits in that there is a pension benefit account that does not vary with realised investment returns and a smoothing account that does vary (like a bonus buffer), but which can be negative as well as positive. If it is negative during the retirement phase the provider makes a contribution, and vice versa. The smoothing account tends towards zero towards the end of the pay-out period.”

Linnemann explains how SIAs are taken out during the accumulation phase, providing a seamless transition into retirement. Compared with variable income annuities, they can sustain the same stability of income with a significantly higher level of investment risk. SIAs also avoid locking into low interest rates at retirement, in the way that annuities with guaranteed payments do. They can offer downside protection and guaranteed payment periods. However, like with-profits, SIAs are not currently being offered to new customers, probably due to capital requirements.

“SIAs could also lay the foundation for a new type of CDC product, where a collective capital buffer provides intergenerational risk sharing between members, rather than with a provider,” says Linnemann. “It would be possible to show each member how much this risk sharing costs.”

Linnemann is concerned about the inadequacies of current pension products post-retirement – that is, the decumulation phase. “All over the world the financial industry is grappling with the ‘ideal’ post-retirement investment strategy and with how best to pay out income in retirement.”

His proposed solution is the iTDF, a concept he created and has spent several years developing. It has a combination of features that makes it a very attractive proposition. Firstly, it operates during both the accumulation and decumulation phases, providing a smooth transition between the two and thereby making it much simpler for the consumer to navigate. It is possible, though, to have iTDFs for decumulation only.

The really novel piece is during decumulation. “It is unique to iTDFs that the built-in drawdown and investment strategies work well together, interconnected and coordinated by mathematical formulae. The neutral position is when the value of assets and liabilities (the future stream of income) are equal. When the value of assets exceeds the liabilities, the level of investment risk is increased, and vice versa. It all happens automatically using the built-in algorithms. This approach helps prevent people from running out of money in retirement while reducing the risk of withdrawing less than can be afforded, and at the same time maintaining a reasonable level of investment risk.”

“We have a robust and sustainable pensions system, founded on a combination of political decisions and assumption of responsibility by the social partners, where the government, unions and employers are willing to compromise and work together”

The investment risk is controlled in an elegant but simple fashion, using just two pooled (multi-asset) funds – a risky fund and a riskless one. These are combined together in varying proportions to fine-tune the overall level of investment risk, which gradually declines with age. iTDFs do not involve any risk sharing, so the full value of investment return is passed on to the individual and there are no capital buffers or guarantees.

“They can be delivered as fully automated solutions that are fit for an increasingly digitalised world,” says Linnemann. “The algorithm-based product design allows scalability, portability and low cost. Furthermore, the same framework can be easily tailored to develop a family of products with different combinations of investment risk, smoothing of income and time horizon. They can also be integrated seamlessly with later-life longevity pooling.”

How much might the income vary each year? “The concept involves relatively small annual adjustments in income, avoiding the abrupt and larger changes that can be experienced with variable income annuities, for example,” he explains. “If you want a guaranteed level of income, then you have to accept a low level of investment risk; you can’t have it both ways. With iTDFs you can combine smooth income payments with a higher expected investment return.

“The algorithms have been robustly tested using extensive stochastic modelling. However, there are many ways iTDFs can be designed and I believe providers would prefer to develop their own versions, including proof of concept prototypes. There is scope to offer a range of choices, including shape of retirement income, although a default option would be needed for those who fail to make an active decision.”

What is the most striking development Linnemann has recently observed in the DC world? “I’d like to mention the collaboration between Microsoft and BlackRock, which could have significant implications in the future development of retirement solutions, and it will be interesting to see how other tech companies respond. The question is who will win the retirement agenda; there is a great deal at stake and there are exceptional opportunities for those who get it right.”

This article appeared in our September 2020 issue of The Actuary.
Click here to view this issue
Filed in
Interviews
Topics
Environment
Global