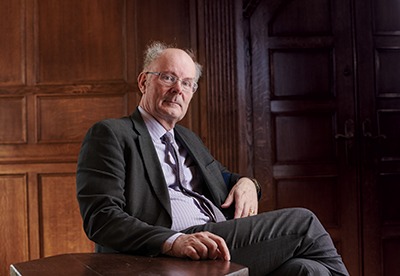 Professor Sir John Curtice is an expert in using surveys and polls to assess public opinion and predict the outcome of general elections. We begin by asking him: what makes a good survey or poll?

"The quality of the questions is crucial, the aspect that I'm personally most interested in, and which I think is an under-appreciated art," he says. "The answers to a survey depend on the framing of the questions. In order to understand the structure of public opinion, you need to come at it from a number of different angles".

The use of plain English is important. "It's very easy for those who are specialists in an area to overestimate public understanding. You need to be able to write questions in a way that someone with a reading age of 11 or 12 can understand."

What about sampling methodology? "This will be a compromise between the ideal and the possible, given various constraints," he says. "Opinion polls in the UK are mostly done over the internet using stratified random sampling. They will ask about demographic background and voting at the last election, as these are attributes with known distributions in the population. The method assumes stratification and weighting can overcome the limitations of the samples, to achieve reasonably accurate results."

Random sampling, on the other hand, is more common in US opinion polls. "There is evidence that this is a better approach, but it's more expensive." The quality of the fieldwork also matters. "An internet survey needs to be easy for people to follow, and you must make time to get hold of a reasonably representative sample of people."

A lower response rate potentially increases the risk for bias, as the sample may not be representative of the whole population. This has become an increasing problem. "People are now much less willing to participate in surveys or polls. Whereas a minimum response rate of 70% used to be normal, nowadays you are lucky to get 50%."

Inventiveness can help to overcome the problem of low participation. "I am more likely to get responses to a survey about politics if I embed the questions in a wider survey that includes topics of greater interest, such as parenting or welfare benefits," Curtice explains.

Compensating for bias is achieved by weighting the sample to known population characteristics. For example, weighting up the response of younger people is normally required, as they are harder to be contacted and interviewed. "This can overcome the biases that are apparent, but we always worry about those which are not apparent, or the unknown unknowns," says Curtice.

Bias can also arise from the way that you ask the question, although that is a subjective judgment.

Polling for the 2015 UK general election illustrated the dangers of bias. "The relationship between age and party choice had sharpened considerably, with younger people more likely to vote Labour, presenting a challenge for pollsters because age and turnout are correlated." While younger people are generally less likely to vote, the sample interviewed are disproportionately more likely to do so. "As a result, the polls overestimated the support for Labour because they anticipated a higher turnout for young people than took place," Curtice explains.

During the 2017 general election, the pollsters got into difficulty by overcompensating. "In trying to deal with the problem in 2015 it led a number of them to get it wrong in 2017. The company that got it right didn't change its method from 2015."

Exit polling on election day in the UK presents unique challenges, because votes from different polling stations are mixed prior to counting, and voting mainly takes place late in the day so there is little time to analyse. "There is a wide geographical spread in the level of support for the political parties, but the variance in change in support between any two elections is much lower," says Curtice.

The methodology used is to estimate the change in support at each of about 130 polling stations where exit polls have been conducted in the past, and to translate this into the probability of each party winning. The probabilities are then combined to give a final exit poll verdict.

Interest in elections and politics

Curtice's interest in general elections dates back to the age of 11, with the 1964 election won narrowly by Harold Wilson. "My parents allowed me to watch the beginning of the evening election programme, and I followed it the next day on the radio."

He was exposed to political discussion within his family, but at a level that could easily have washed off. His mother took him to meetings and his grandfather was involved with the Labour Party. "From an early age I was reading political literature, and as a teenager I knew I wanted to study politics at university."

We turn to the Brexit referendum. "The legitimacy of a lawmaking authority requires the people to choose it. You can argue about the timing of the referendum, but our membership of the EU has always been problematic, and arguably at some point the issue was going to get raised."

Curtice explains how preconceived views influenced polling during the referendum. "A lot of people said that, at the last minute, the EU would do a deal. Similar folk wisdom is, if you get a major constitutional referendum, at the end the public will swing in favour of the status quo because of fear of the consequences of change." Where polls provided conflicting results, "there was a tendency to believe the polling that fitted your expectations.

"There was an issue in the Brexit referendum that was a bit more subtle, and which explains why the polls were slightly too pro-Remain. Because a Leave vote had more significant consequences, not least for the financial markets, the polling industry was concerned about predicting a Leave result and being wrong."

Curtice believes the Brexit result was always going to be close, as indicated by the internet polls. "I would say this is a 50-50 shot so, if a Leave vote is business critical, then it is worth spending money to mitigate the risk". Overall, he estimates there was a 5% swing to Leave over the campaign, but was never sure if it would be enough to win.

On the problems found when implementing the Brexit decision, Curtice comments: "With strong views on both sides, there is a tendency to fit the evidence to preconceptions rather than the other way round - resulting in few people changing their minds." This is a problem when the status quo does not have majority acceptance, and when there is a range of views on what the correct way forward is.

The Brexit referendum reflected a change in the structure of public opinion, raising fresh challenges for the pollsters and requiring them to innovate. "The demography of attitudes was different from general elections; not least this was a battle between young graduates and older, less well-educated people," explains Curtice. "It was not a classic left versus right or middle versus working class contest, but one between social liberals and social conservatives." Social liberals tended to vote Remain, social conservatives for Leave - cutting across the usual party lines and raising questions about the future political landscape.

Might there be electoral reform in the UK? "We rely on an electoral system with a tendency to produce majorities, but that is contingent on the electoral geography," says Curtice. He explains how, in the early 1950s, it was shown that a ratio of votes between Conservative and Labour of a:b resulted in a ratio of seats of a3:b3. Add in the tendency of the system to punish small parties and a majority was likely.

There are now far more seats held by smaller parties, and fewer marginal seats that may change hands at an election. That makes a majority outcome less likely and puts the bargaining power in the hands of a small territorial party. Curtice notes this is the consequence of not having a majoritarian electoral system, as Italy and Greece do.

What about proportional representation as an alternative? "In many countries, that was introduced as the price extracted by the elite to allow the expansion of the right to vote. The concern was, with a majoritarian system, the working class would dominate the legislature and public policy."

In the UK, electoral reform has been seriously considered on various occasions, but the system has continued to work well for the two main parties, which consequently chose to maintain the status quo. "It's only possible to guarantee proportional representation if you are willing to have some degree of multi-member representation, but many UK members of Parliament are still wedded to the single member constituency," says Curtice. "Electoral reform will happen in the UK when we get another occasion where a prime minister is dependent on a small party to gain power, and that is the price to be paid."