Q&A: On my agenda - Julian Adams

Dan Georgescu talks to the FSAs director of insurance about regulation under the Bank of England, Solvency II and what makes a great actuary 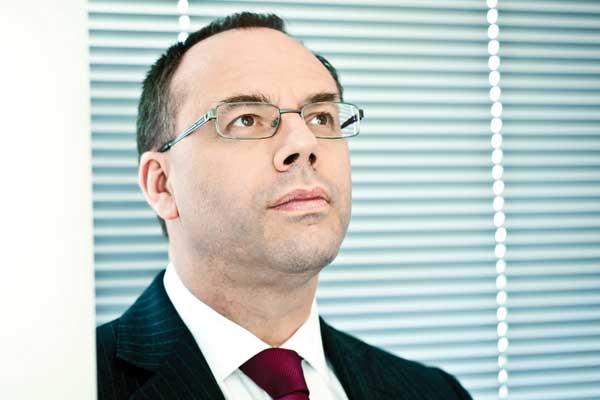 Curriculum vitae
Julian Adams is the FSA's director of insurance. Prior to this he was director of retail firms, head of wholesale insurance firms and head of the department that supervises the major retail UK banks. He has represented the FSA on a number of international committees, in particular through his chairmanship of the IAIS reinsurance transparency group. He also represented the UK on the Basel Committee's standards implementation group, where he chaired the task force on colleges.

How did you start your career in financial services?
I joined the Bank of England (BoE) in 1986 after reading history at Cambridge. I worked on banking supervision and the markets side in the foreign exchange and gilts divisions. I then moved to the Financial Services Authority (FSA) when it formed in 1998. I initially supervised investment banks, before transferring to insurance, where I headed the wholesale insurance department.

In August 2007, I returned to the banking side for a while, overseeing the major UK banks through the crisis. Now I am the director for insurance and will be moving to the BoE when the Prudential Regulation Authority (PRA) is created next year.

What does your current role at the FSA involve?
I am director of the insurance division, where some 200 staff work on the safety and soundness of insurance companies. I am also responsible for Solvency II implementation in the UK. This is a very big project for us, costing the FSA in the region of £100m and employing about 180 staff. Lastly, I represent the UK internationally. I am going to be the UK board member at the European Insurance and Occupational Pensions Authority (EIOPA), where I also chair the review panel, and I represent the UK in the International Association of Insurance Supervisors (IAIS).

What are your immediate priorities before the FSA becomes the PRA and a part of the BoE?
The insurance division has four priorities, the first of which is building the new regulator: we are organising ourselves now in the new structure and getting used to a new way of working. We are also using new techniques such as more targeted reviews and rewriting our risk assessment framework in order to deliberately concentrate on a small number of key issues.

Second, we are, of course, introducing and implementing Solvency II.

Third, we have to better anticipate risk before it crystallises. We do this through more rigorous business model analysis and greater use of stress-testing techniques, like reverse stress-testing.

Lastly, we need to broaden and deepen our talent pool, recruiting, training and retaining high-quality individuals.

Are the insurers seen as being as systemically important as the banks?
Insurance companies are very different from banks: they have different balance sheet structures, do not have liquid short-term liabilities, are not generally subject to runs, are not as closely interconnected and are not part of the payment system, therefore they fail in very different ways. Yet when insurance companies do fail they can disrupt national life. For example, the demise of HIH Insurance had a very dramatic effect on the real economy in Australia, with the withdrawal of professional indemnity cover from the construction sector.

Insurers can also act as 'cyclical accelerators' to the real economy via credit insurance and trade insurance. The task of the IAIS is to determine which types of companies are more systemically important and how the supervision model should work for them.

How will insurance supervision change with the PRA as part of the BoE?
There will be more emphasis on the sustainability of firms' business models, what could pose threats to these and how management would respond to their stress-testing and long-term capital strategy. Supervisors will be focused on key questions, such as what would cause this firm to fail, what the probability of that is, and how a firm would react if and when these events were to come about. Also, supervision will be aligned with the Solvency II framework directive rather than Solvency I and the Individual Capital Assessment (ICA).

To what extent do you trust models?
Models can provide a useful insight into the risk drivers of your business, and you could not sensibly run an insurance business without models. However, it is very easy to be seduced by the apparent precision of the output, which is really only the product of a whole series of approximations and assumptions. Understanding the key assumptions made about the capital number in the model and the impact on capital of changing those assumptions by, say, 10% is more important.

Models are only as good as the data that goes into them and the correlations between different risk drivers. Modellers have to realise that a lot of the correlations are higher than usual in stressed conditions.

As regulators, we are more concerned with the tail of the distribution, where the capital resources have to be sufficient and freely available to absorb loss. History has shown us that capital resources were either not available because of weak correlations or that the capital was trapped in business units and not fungible in times of stress.

The requirement of a model is, then, that it is able to produce a good approximation for the capital required in stress and that then this capital is available.

Why do we need Solvency II?
The current solvency regime is accepted as providing an inadequate level of capital requirement, and is implemented in a fragmented way across Europe. Solvency II aims to deliver a framework that is risk sensitive, market consistent and implemented in a similar way across the 27 member states. This would be a big step forward over the existing framework.

Some firms have complained about the cost of Solvency II. What are your views?
We are trying our best to implement the directive in the UK as efficiently as possible. It is an incredibly complicated project and a large part of the cost is incurred through the internal model firms. The directive requirements for giving firms the ability to determine their own Pillar 1 number means that the standard for internal model firms is very high indeed. The cost is driven largely by the directive requirement rather than by any attempt by the FSA to 'gold plate' the directive.

Is harmonisation of countries at different stages of economic development a good idea?
The directive is supposed to accommodate cross-border insurance activities, which need a common framework and a reasonably consistent approach to supervision. A good framework allows for a common approach, but we believe it is important that national regulators should be allowed enough discretion to make local decisions on local matters in a manner that is consistent with the common implementation.

What skills do you admire in actuaries and what do we need to work on?
I admire the technical skill that actuaries bring to bear on modelling, and the integrity and rigour with which most go about their work. I also look for actuaries who recognise their limitations and refer to other specialists. The training sometimes means that technical actuaries struggle to see the wood for the trees, immersed as they are in detail. Great actuaries see the big picture.

However, the actuaries I most admire and find most useful are those who can explain a complicated idea in simple, non-technical English. Actuarial training needs to place more emphasis on communication. To be a good influencer, you need to be a persuader. However good your analysis might be, unless you can bring others with you, your insights will go unnoticed. Some of the best reports I have read are analytically precise, pull no punches, but are still written in plain English.

Beyond written communication is the ability to make a presentation, where you often have little time with an audience that has an imperfect grasp of the subject. You need to be able to articulate the problem and your recommendations crisply.