Getting closer to nature

Julian Tse moved to Switzerland looking for something different and after overcoming the language barrier, he found it. He now lives just a trainride away from the mountains and can swim or sunbathe during lunchtime, but it can be a bit too quiet at times 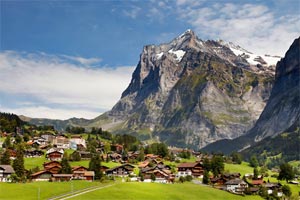 Getting closer to nature

Julian Tse moved to Switzerland looking for something different and after overcoming the language barrier, he found it. He now lives just a trainride away from the mountains and can swim or sunbathe during lunchtime, but it can be a bit too quiet at times

I had lived in the UK for almost all my life. With the freedom of movement we enjoy today, it would have been a waste not to take an opportunity to live in a new environment.


How did you find the role you are doing?

I received a call about an upcoming role in Zurich.


What attracted you to the particular country that you are working in?

Initially, nothing specifically. I never had a desire to visit Switzerland but was keen to see something different. Now I highly value the international nature of the work, the strategic location in Europe, the fact that transport is so reliable, and the proximity to beautiful natural scenery.


What were the main challenges you faced when moving overseas?

Finding an apartment is not easy in Zurich. Due to excess demand, the process involved supplying a cover letter, an introductory letter from my employer and in some cases face-to-face interviews. In some sense, it was like applying for another new job.

A note to those speaking little German - some administrative bureaus in Zurich may refuse to use any language other than German, not due to lack of ability but merely out of principle. On the positive side, it does mean you will learn some of the local language!

What are the main differences you have found to working overseas compared to working in the actuarial profession in the UK?

I find there to be generally less of an after-work social culture. On the other hand, lunches are sacred and you often find yourself lunching with colleagues in your office. Most take a decent lunch break and sit down for a good hot meal - it is rare to find one having a sandwich, let alone eating it at their desk.

In Zurich it is often easier to have a more global perspective, either due to the nature of your company or the diversity of countries which your colleagues come from.


What is the most topical industry issue facing actuaries in the country where you work?

Lately, as in many places, capital regimes including Solvency II have been hot on the agenda. Closer to the business and in General Insurance, technical price, rate change and reported portfolio performance are important to underwriters you may work with.


What is the best thing about where you work?

At XL, it is working closely with underwriters in many countries and feeling that you can make a difference using the skills that you naturally have.

Generally in the city of Zurich, the chance of squeezing into a crowded underground train to get to work is nil and being near rivers and a lake means the opportunity to swim or sunbathe over lunch. Try doing that by the Thames!

The city can feel a little quiet at times but if you feel the urge to take a subway or see bigger crowds over the weekend, places like Milan and Vienna are a convenient train ride away. You will be pleased by the ease of moving around the city, clean air and waters of Zurich when you get back though.


Give an unusual fact about the country in which you work.

When you start renting a flat, the written rental agreement will usually state that you are not allowed to flush the toilet or have a shower after around 10pm, for fear of disturbing those in apartments near you. Thankfully, adherence to such rules depends on your neighbours.

You should have the ability to accept quite different ways of thinking about things (certain Swiss ways drive some of my friends mad, both in the office and outside). Failing that, a sense of humour is important to deal with it when there are clashes.

For example, one day an elderly Swiss neighbour summoned me to the washing room (most flats share a washing machine and tumble drier in the basement). As we entered, he claimed I had not removed the fluff in the tumble drier filter after use and gave a warning not to do it again. I had not even used the drier for many months, yet as the only foreigner in the building I was presumed guilty. Nevertheless, this and other incidences with this man have been the source of many laughs, especially when I met a group of (more open-minded) Swiss in Ghana who were interested in what I thought about their country. They apologised profusely on behalf of the entire nation.


Do you have any advice to others looking for overseas work?

If you have any chance at all, go for it! You will return to the UK with an invigorated outlook at work and an enhanced appreciation for what you value at home. Alternatively, you may end up staying abroad because you prefer it so much out there.

Explore all possible avenues, starting with your current company, then friends and agencies.


Would you describe yourself as a global actuary and why?

I like to think so. I am fortunate to have had exposure to, and enjoyed interacting with, people from many countries, which has given me an ability to speak quite well in seven languages. If I think back to myself when I had just left university this is barely believable and while I don't claim to be able to translate a regulatory guidance paper without some stress, it certainly helps develop positive working relations with foreign colleagues when you can chat to them in their mother tongue.

Aside from that, I cannot resist imitating the wonderfully expressive Italian hand gestures when conversing with Italian teammates!

As long as my parents are still there, London will always be my "home". At the same time, it seems that every time I step off a plane at Zurich airport, I sigh and think how nice it is to be back where I live, where everything works and one gets to see a beautiful lake and mountains everyday.


What is your favourite local custom / tradition and do you join in?

In Switzerland, the Montreux Jazz Festival is a favourite. It is hard to beat summer evenings strolling by the shores of Lake Geneva, with live music, international food stalls, open-air dance floors and street performers to entertain you.


Have you learned a new language?

Yes, but bizarrely it is not German, which I had some background in from school. Italian migrants working here have helped me become conversant in Italian, which is a real tribute to the diversity of this city.

Apart from new languages, it is easy here to continue learning about existing ones. Recently in a meeting with a French underwriter to price a complex account, he told me "on a besoin des données pour faire les camemberts." I accurately interpreted this literally as "we need some data to make the camembert (cheese)." On demanding an explanation I discovered that "camembert" is the word the French use for pie-chart - fantastic!

Is there anything else that you would like to add, which you think would be of interest for others to know?

If taking exams make sure you will get the study support you need, before you move. It may not be a given in all countries, especially if the qualification system is quite different.

Finally, as with any big decisions you take, write down around 5 motivations at the very beginning. How will your actuarial ability improve by being in that new role overseas? What exactly might you achieve overall? How long should it take? As your time abroad goes on, monitor those motivations to inspire you - to keep going, or to move on.

I suppose something similar could also be useful for those who have decided to take the actuarial exams!