Dinarte Bonetti shows the challenge for actuaries in growing economies, like Brazil, with decreasing risk free rates, moving actuaries from a neutral to a more active participation 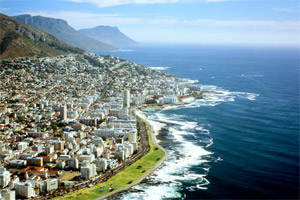 Dinarte Bonetti shows the challenge for actuaries in growing economies, like Brazil, with decreasing risk free rates, moving actuaries from a neutral to a more active participation

The decrease in the interest rate

Throughout 2012, the Central Bank of Brazil (BACEN) made consecutive reductions of its benchmark interest rate (the Selic), bringing it down to unprecedented levels.


This series of reductions, long expected by the different sectors of the economy, represents a huge economic growth for Brazil, since lower interest levels can benefit the economy as a whole and, ultimately, paving the way for investments and growth. The interest rate decrease improves the Brazilian companies' competitiveness, as the finance costs are lower, directly affecting the prices of products and services.

However, the interest rate decrease is not favorable to certain segments, whose business performance depends on higher interest rates, i.e. insurance companies and pension plans.

The insurance companies, for example, have lines of business whose claim ratios are many times next to 100% (i.e. to each R$1 of premium paid, approximately R$1 of claim is paid). But then, why does this type of business attract high investments? It is simple. Due to the high interest rates many insurance companies were not guaranteed a return by the insurance coverage itself, but by the financial gains, by investing the funds.

The same applies to pension plans. Upon Resolution CGPC 18, of March 28, 2006 the National Pension Plan Superintendency (PREVIC), permitted pension plan companies to use actual interest of up to 6% p.a. as actuarial target rate.

Using an actuarial target rate of 6% p.a. means that their financial assets should yield at least the same rate. Otherwise the pension plan companies will face cash problems (payments of future benefits would be calculated at the present value of an annual 6% rate whereas their investments would really be returning a lower rate).

When high interest rates prevailed in the financial market, the plans were sailing in quiet waters and yielded its assets at rates well above 6% p.a. (which was the rate needed for the plans´ financial health). Today however, pension plans that have not adjusted their actuarial target rates to those prevailing in the market take the serious risk of reporting deficit (that is, if they have not yet reported).

And, worse, the pill is bitter. To adequate their actuarial target rates to the new reality, the funds should reduce them, which would bring a direct and reverse impact on their mathematical reserves (a mathematical reserve is the individual sum of the value of each benefit to be paid in the future, discounted by the actuarial target rate and by a likelihood of survival of the plan participants).

This impact is so strong and direct that, in a plan with a 20-year duration (average maturity term of the portfolio of assets and/or liabilities), at each 0.5% reduction in the interest rate, the impact on the present value of future benefits (increase in liabilities) would be almost 10%.  This means that, a plan that needs to reduce its discount rate by 2% may have an impact of up to 40% on its liabilities.

But what is this risk of this scenario for our reality? For many insurance and pension plan companies, for which biometric and financial hypotheses have a direct impact, it is very important that these hypotheses be analyzed and judged, since an inaccurate measurement of them can bring a number of risks, in some extreme cases, including risk of continuity of several product portfolios or even the entity.

Even most significant in our day-to-day lives and especially at the coming closing date is the effect of the decrease in interest rates on the liabilities to be recognized by the companies that sponsor pension plans, health care plans, among other post-employment benefits defined in the regulations mentioned. This impact perceived on the liabilities is reflected, in many cases, at the same proportion in the sponsoring companies' balance sheet.

And this was aggravated since beginning January 1, 2013, revised IAS19 eliminated the corridor approach, which permitted companies to defer significant actuarial gains or losses arising, among others, from a decrease in the interest rate. Beginning 2013, all the effect of such decrease will be perceived directly on the companies' liabilities.

It is a good thing to make our analysis this year in a very judicious manner, to help ensure that the effect in the next year is not even worse.