Surfing a tide of change

James Claxton moved to Australia to experience a new culture, blue skies and warm weather, but the curries just aren't the same 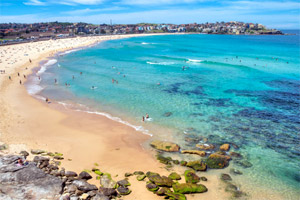 Surfing a tide of change

James Claxton moved to Australia to experience a new culture, blue skies and warm weather, but the curries just aren't the same

We wanted to try living abroad and experience a different culture. We also both hoped to benefit professionally by expanding our knowledge and network abroad.

I was working at Ernst & Young in London and was put in touch with the Australian team. From there we decided to set up a long year secondment.

The warm climate, relaxed atmosphere and the surf!

The biggest challenge was getting a visa for my girlfriend. Due to complications with her job, it took a long time to come through and she had to join me a short time after me.

What are the main differences you have found to working overseas compared to working in the UK?

The type of work is very similar, but the companies and the industry as a whole are a lot smaller. As a consultant it means projects are also typically smaller, so you are involved in a lot of jobs with different clients over less time than you might be in the UK. I'd also say there are more people making flexible working arrangements to suit their needs.

What is the most topical industry issue facing actuaries in the country where you work?

Capital - with the implementation of the new Life and General Insurance Capital standards, firms have raced to implement them and are now starting to turn their attention to understanding how they affect their business.

Warm weather and blue skies is the norm (for the last nine months anyway!

The lack of good curries, they are just not the same as London.

Give an unusual fact about the country in which you work.

In 2005 the Australian Government decided that the security guards in Parliament House in the capital, Canberra, were banned from calling politicians and members of the public "mate". The ban was lifted after only 24 hours!

Much the same as the UK. The exams are demanding and require the diligence to study whilst working. Actuaries are regarded by a business much the same as the UK, they are expected to understand the technical aspects of the business, whilst being able to communicate that to management.

Do you have any advice to others looking for overseas work?

The actuarial industry is very small. The number of people here with contacts in the UK / elsewhere is amazing, and generally these people are more than happy to help put you in touch. Our biggest issue was visas, so if you are considering moving abroad the sooner you look into visa requirements the better!

Not yet, no. Having only been here nine months, I'm still learning how this industry and regulation here works. Once I've had a couple of years of experience I'm sure I'll feel more like a global actuary.

Where do you call "home"?

Home for me is still the UK.

What is your favourite local custom / tradition and do you join in?

BBQs, ideally at the beach, and as often as possible, which is even easier now that I've bought one for our flat!

Whilst the Aussies claim they speak English, it's definitely not the same as Londoners! I'm slowly being introduced to Aussie English! Their word for flip-flops (thongs) confused me at first...

Have you taken up a new sport / pastime?

I have. Sydney has heaps of great surfing beaches, so I try to get out as often as possible

How often do you read The Actuary magazine? Do you read it on-line or in print? Do your colleagues read it?

I still receive The Actuary in print, so read that each month. But my colleagues are members of the Australian Institute and have their own actuarial magazine (except the other British ex-pats who get both!)